Essence of the Angels by P.S. Malcolm

Essence of the Angels
By P.S. Malcolm
ADD TO GOODREADS 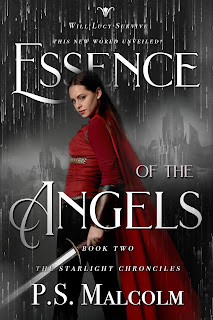 "After the Urenphians took over their home, Lucy and her entourage are forced to retreat to the haven of the Angel Sanctuary. But with Valarie missing, Lucy is oblivious to the lies and secrets staring her right in the face. It's not until she makes a shocking revelation that she realizes just how much danger she and her friends are in. Will she be able to step into the ruling shoes of her past self before it's too late?Meanwhile, Valarie finds herself in enemy territory under the watchful eye of Devian and Reina. But her newly found Shadow heritage and ties to Reina aren’t the only dark secrets in her past… and with the turmoil she's about to face, it's possible that she may not make it out of Urenphia as the same person that she once was...The exciting next installment in The Starlight Chronicles Series will reveal truths to a world they thought they knew—but will they survive in this new world unveiled?" 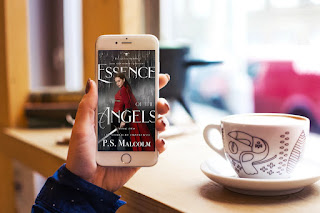