I'm the One You Need by Rob Matthews 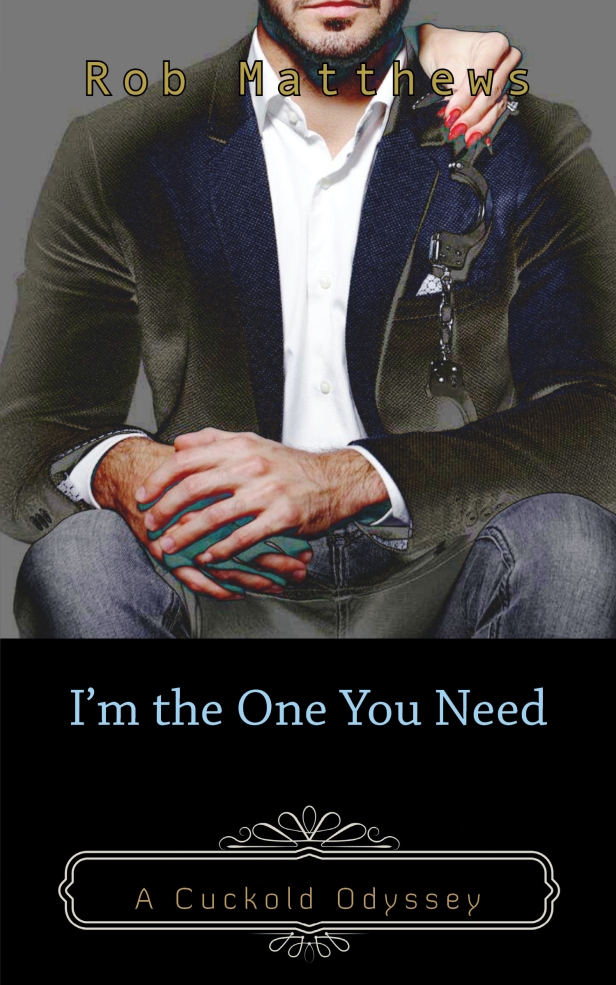 ‘That hurt. I didn’t know if I could take it. But, at the same time, it was reassuring to be in your arms. You helped me get through the pain, even though you were the one causing it.’

Her mouth was wide open and her breathing was getting faster. I knew what that meant, and I’m fairly sure he did too. His expression was one I’d seen on other men’s faces while they were with my wife. He was trying to keep going until she came. Tina’s body tensed. She was very close. ‘Dirty little slut,’ he said, fiercely. This was enough to push her over the edge. She came with a shout. On hearing that, he relaxed and groaned as he came inside her.

‘Let me feel it pumping into me,’ she said. After a moment, he pulled out and sat on the edge of the bed. She couldn’t speak immediately. Raising her head to look at him, she said, ‘That was fucking intense.’ He didn’t answer, so she turned to me. ‘What do you say to Nathan?’

This was one of the moments when I regretted doing this with a friend. Nathan and I had played pool together. We’d chatted many times in bars, restaurants, and at barbecues. We’d always interacted as equals. And now I had to look him in the eye and say, ‘Thank you for fucking my wife.’

‘And for doing it better than I ever could.’