The Truth Within by Sloane Kennedy 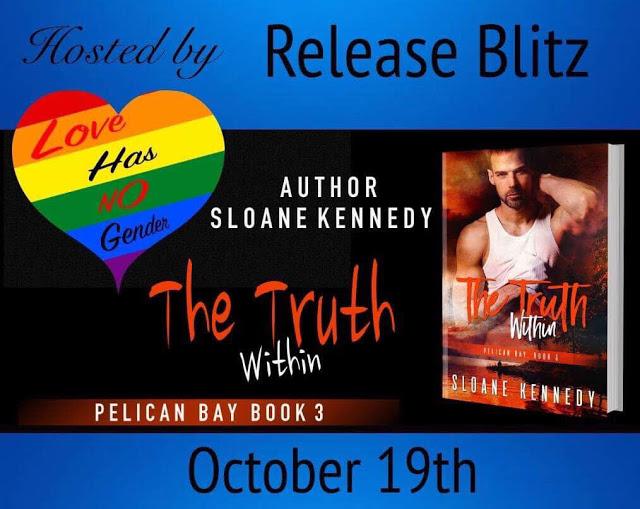 Love Has No Gender the brighter side of
Jo&Isalovebooks Promotions is proud to present today a new steamy
MM romance in the Pelican Bay Series.

The Truth Within
BySloane Kennedy 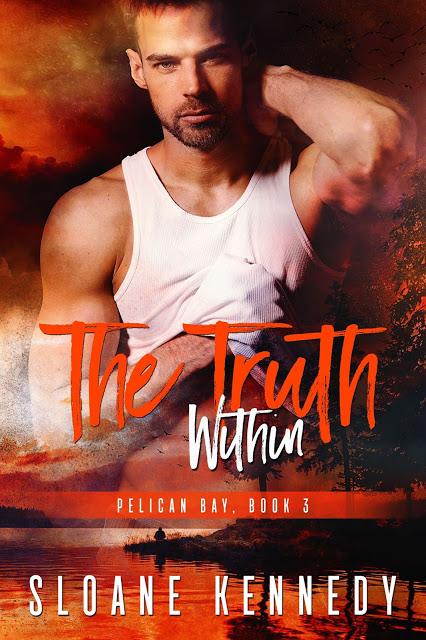 I'm not a fighter. I never was. So how do I make the one man who might just be worth fighting for see that?

At twenty-five years old, Ford Cornell should have his whole life ahead of him but instead, the would-be artist is drowning in denial and just trying to get through each day. And the boy who once believed life was about following impossible dreams has finally come to accept that it's really only about surviving a living nightmare... one of his own making.


But the bruises are becoming harder to hide.


I refuse to fall for a guy who won't accept the truth about who he is or what he wants. Not again...


For Sheriff Camden Wells, it's more like fours... or fives... or dozens.


After an ugly lie destroys his career and the man he'd planned to spend the rest of his life with cuts him to the core with the ultimate betrayal, forty-year-old Cam is counting on his new job as sheriff of the quiet town of Pelican Bay to be the fresh start he needs. What he isn't counting on is meeting a young man who makes him want to break all his own rules.


He wants me to accept something that will cause me to lose everything. I may not have much but it's something and something is better than nothing... right?

Ford's gotten used to his role as his older brother's punching bag and being his mother's never-ending disappointment. They may not be the Cleavers but family is family and Ford's seen up close and personal what happens when you don't have anyone in your corner... or when you go against family.


And there's just no way he's strong enough to survive that...


Nothing about us should make sense but maybe that's why it does...

Two men... one living a lie and one knocking down the walls of the closet he was forced to live in for so long. When one white-hot encounter leads to another and then another, Ford and Cam are forced to accept that their need for each other isn't going away anytime soon. But being together means one will need to go against everything he believes in.


So which man will bend and which will break? And what will the truth ultimately reveal?


**This book CAN be read as a standalone, but you may want to consider checking out books 1 and 2 in the series to fully enjoy all the secondary characters you'll meet in this story.**

Add to your GOODREADS TBR 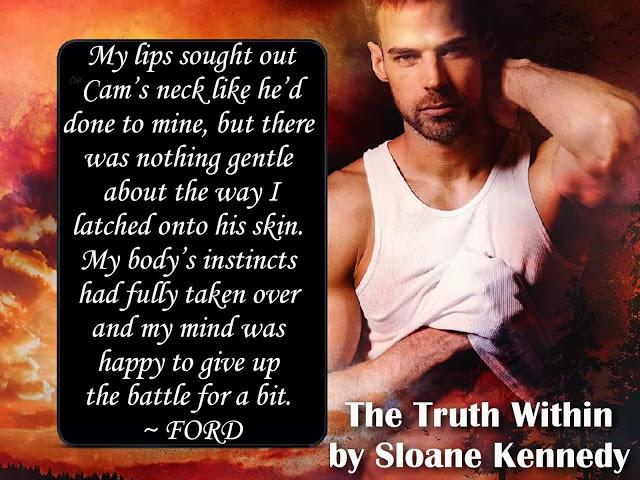 LOCKED IN SILENCE
AMAZON US 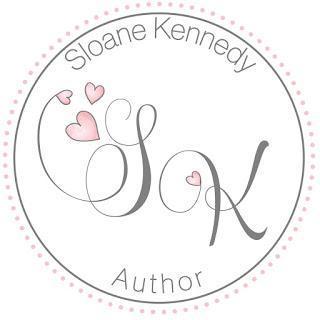 Although Sloane Kennedy always dreamed of being a writer as a teenager, she didn't take the plunge until March of 2015 when she released her first novel as an independent author. Since then, she has released more than a dozen books including the Amazon best-selling "Barretti Security" series, "Finding" series and "Protectors" series. While she initially began writing M/F romance, she found her true passion writing gay romance and all four of her most recent releases reached the #1 spot on Amazon's Gay Romance bestseller list and Freeing Zane, her final book in the Barretti Security series, made it to Amazon's overall bestseller list. Sloane was born in Germany and grew up in Virginia and Wisconsin. Although she currently lives in Wisconsin, the place where she has always felt most at home is Seattle and many of her books take place in the Emerald City. Although she is unmarried, a menagerie of 2 dogs and 3 cats keeps her busy enough and 3 young nieces take care of the rest of her free time. Sloane loves being able to share her passion for romance with readers and she is truly humbled by all the support she's received from fans and fellow authors alike.

To my new FB friends, feel free to check out my fan group,

for a chance to get an ARC. 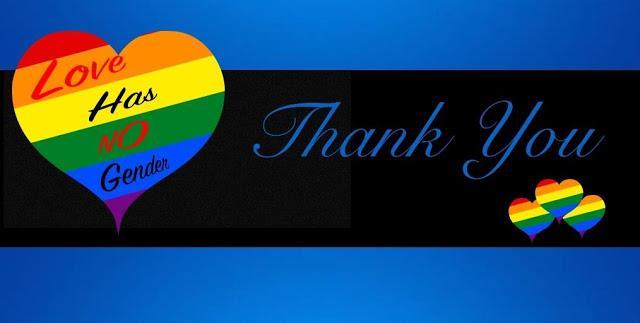