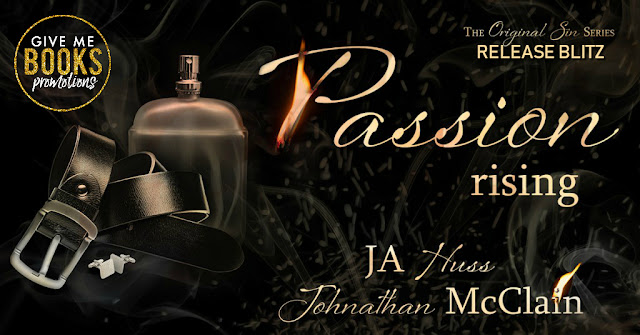 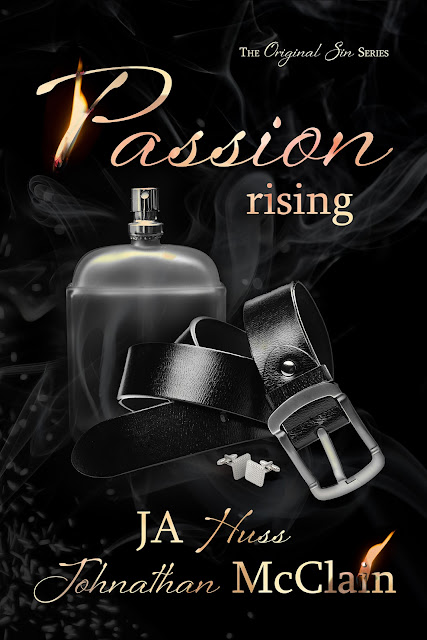 Old demons are back.

Maddie’s dealing with the fallout of her choices. Safety and happiness are relative, elusive things she’s desperate to have. But they will forever remain out of reach until the demons of her past are laid to rest.

Tyler’s mistakes resurface to haunt him and he’s just beginning to understand that money can’t fix a broken relationship. He must open his heart and search for answers he’d rather not find.

She wants peace in a world made of chaos.
He wants to rid himself of a lifetime of guilt.

They’re soul mates, but that’s no guarantee.
They’ll need to rely on each other to find their happily ever after.
Because the fight never ends—it just gets easier with someone at your side. 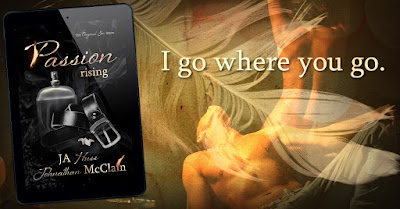 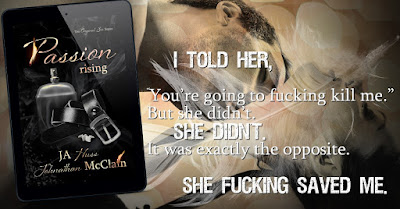 It strikes me suddenly that I’m not the only one who will notice how fucking good Tyler looks now that he’s all clean-shaven and you can really see that ridiculously fortunate bone structure he has. And I’m a little embarrassed about the fact that I just got all possessive and shit. I’m about to say something to that effect, either make a joke or play it off, but before I can, Tyler grabs me around the waist, pulls me to him and whispers, “That was so fucking hot,” just as the doors to another elevator pop open.
He walks me backwards into the car and frantically pushes the “door close” button before anyone else can step in. He’s got me pressed against the mirrored glass and his hands are between my denim-covered thighs, cupping my pussy. He kisses my neck and the feel of his lips, without any rough hair to brush and scratch against mine, feels so good that I can barely stand it. I didn’t realize his kiss was so soft. The skin of his mouth feels new. Like, I was just starting to get accustomed to the way his kisses felt, and suddenly it’s a whole new experience. New, but familiar. The same way it was when I met him.
It’s how this whole moment feels. Back in the Mandarin where we were on Halloween when we found out who we are. A concept which, I realize in this moment, might be true in more ways than one. It’s been barely two months since we turned each other’s lives upside down. Except that’s not quite fair. Or accurate. Our lives were already upside down. We’ve turned them back right side up. Yeah, we disrupted each other’s worlds, but we did so in the most magnificent way. And it’s starting to feel like that disruption is going to result in a life that actually feels... settled.
I realize that life with Tyler Morgan will never be boring. That much seems incredibly evident. But life is unpredictable no matter what we do to try to put rules in place to keep it from feeling that way. At least with Tyler the unpredictability doesn’t seem scary. With him, as much as is possible, the unpredictability feels safe.

Just like the beard was keeping me at a distance from the people I would see walking down the street, it was keeping me at a distance from her when we were alone together. It was an unrealized blockade impeding my ability to be as close to her as I want to be. There is no such impediment now, and I am engulfing myself inside her.
The feel of my cheeks nuzzled in between hers makes this moment seem so...sweet. It’s nice. I don’t know how else to describe it. It’s just kind of...pure. That’s how I feel. That’s what I think.
I also feel like one good rimming deserves another.
So, moving my head in tiny circles around her ass, just like she did to me a couple of days ago, I get off on the whining noises she makes, and I work two fingers inside her pussy to help everybody along. With my other hand I begin fisting my cock. I’m trying to go slowly so that I don’t fucking come right here all over the Mandarin’s nice carpet. I already burned down one of their condos, I don’t want to fuck up one of their suites too. New-look Tyler is considerate like that. But as slowly as I’m trying to go, she’s making it tough because of the way she’s rotating her ass and hips around.
And suddenly, I don’t want to be behind her. I mean, I love the view from here and I love the way she tastes, but I want to see her. I want to look at her face and have her look at mine. Yeah. I want her to look at me. I want her to see me.
So I pull away, flop down on my back on the bed beside her, and summon to her with my index finger to come over. She does, smiling as she mounts me. She takes my two fingers that were just inside her and puts them in her mouth. And I remember the first time I saw her do that. I told her, “You’re going to fucking kill me.” But she didn’t. She didn’t. It was exactly the opposite. She fucking saved me. And so now, with her astride me, I sit up, take her face in my hands, look her square in the eyes, and tell her, “I fucking love you.”
She closes her own eyes with a shy smile and whispers, “I fucking love you.” 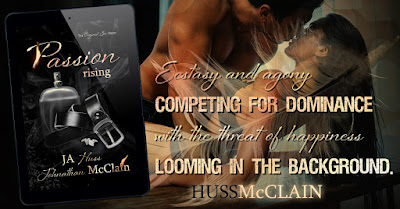 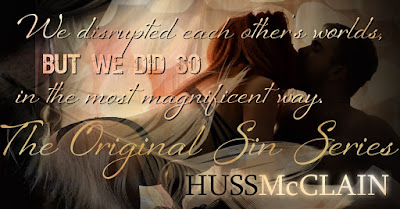 Two accomplished writers come together to create unforgettable sexy romance. JA Huss is the New York Times bestselling author of 321 and has been on the USA Today bestsellers list eighteen times. Johnathan McClain is a veteran actor and writer whose work, either performed or written, is probably airing on at least one of the channels on your television right now. You can contact them on their website www.hussmcclain.com or find them at their social links below. 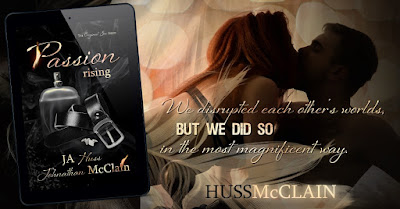