I Dare You by Shantel Tessier 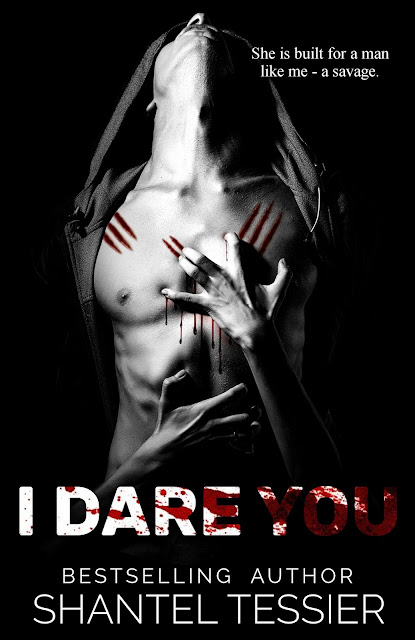 What do you do when the devil has you in his sights?

You show him that you can play his game.

Austin Lowes is new to town. She's running from a mom who hates her to her dad who cares nothing about her. Only a few months and she will be free, or at least, that's what she hopes ... until she meets him.

Just a little game, he says, I dare you.

Will Austin survive him, or will she lose herself and the game?

Secrets are revealed and justice will be served, but at what cost?

Who survives and who doesn't?

Only available at the following retailers until April 27 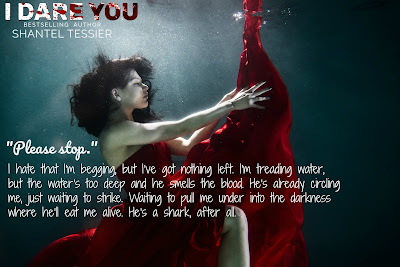 “Why am I here?” I ask, wanting to get this over with.
He takes the bottle from my hand and brings it to his lips, taking a big gulp. His Adam's apple working as he swallows.
I cross my arms over my chest, trying to look unaffected. But I’m having trouble breathing.
“We’ve been thinking …” he says, rubbing his chin.
“We want you to be a part of our group,” Deke finishes his sentence.
I look among the five of them and start laughing nervously. “You’re joking, right?”
“Not one bit,” Deke says, shaking his head.
“No thanks,” I say and turn to the door. I twist the handle and start to pull it open, but a hand slaps on the door above my head, holding it shut.
I jump back to look at Cole. He leans against it casually, getting comfortable and blocking my only exit. “It wasn’t an offer, Austin.”
My eyes narrow on him. “What makes you think I want anything to do with you guys?”
“Deke,” Cole says, lifting the bottle to his lips again.
I spin around to see Deke step up to us, his phone in his hand facing Cole and me. A video plays, and it’s of me driving Cole’s car away from the warehouse after he stole the red car.
“How did you get that?” I demand.
He just chuckles, placing the phone in his pocket. “I don’t kiss and tell, baby.”
My eyes narrow on him calling me baby. I turn back to face Cole. “You’re blackmailing me. Again.”
He shrugs carelessly. “You can call it whatever you want.”
“I’m calling it what it is,” I snap. “You know damn well that I had no idea what you had planned.”
He pushes off the wall and leans down, his face inches from mine. I can smell the cinnamon on his lips and can’t help the shudder that runs through me. “I dare you to prove it.”
“You son of a—”
“In order to join,” Deke interrupts me, “you have to pass a test.” He crosses his arms over his broad chest.
“I’m not interested …”
“Initiation,” he corrects himself.
“I don’t want to be involved with whatever fucked-up shit you guys are in.” How many different ways do I have to say it?
“Let her out,” Kellan says, but no one listens to him.
Deke continues. “You have to fuck one of us while we all watch.”
My heart starts to pound at his words. And my eyes widen when he takes a step toward me.
This is a joke. It has to be.
He arches a brow in challenge when I just stand there staring at him. “You want me, baby? I’m ready.” He licks his lips as his blue eyes settle on my legs. Then he reaches down to his jeans and unbuttons them.
He’s serious! My eyes immediately shoot to Cole.
His eyes hold their usual anger as they glare down at me, but a slow, devious smile spreads across his face, and the guys start laughing. “Well, there’s your answer, man,” one of them calls out from behind me.
My jaw tightens. “I don’t want to …”
“Leave us,” Cole orders, interrupting me. And like the trained sheep they are, they all walk out. I can still hear their laughter as they walk down the hall, the door slowly shutting behind them.
I plop down on one of the lounge chairs, trying to slow my racing heart. “You can’t force my hand, Cole. Not with this.”
He walks over to where I sit. Reaching out, he runs his busted knuckles along my cheek. I swat his hand away, afraid of what will come out of my mouth if he touches me.
His hand grips my hair and yanks me to stand. I cry out as he shoves my back
against the closed door. He towers over me, pushing his body into mine. I’m panting while he holds me still. He dips his head to whisper in my ear. “Are you a virgin, Austin?”
“No,” I growl. My hands come up to push him off me, but he grabs them and pins them above my head. I whimper, and my thighs tighten.
“That’s a shame.” He sighs, and his breath skims across my skin making me shudder. “I like to take pretty, innocent things and destroy them.”
“You’re sick,” I say, panting.
He chuckles but doesn’t deny it. “But that doesn’t make you want me any less. I saw the way you stared at me in the car. The way you licked your lips when I thought about kissing you. The way you whispered my name. How you stared at me when I got out of the pool. And let’s not forget the way you allowed me to touch you last night. Tell me, were you disappointed when I didn’t throw you on the bed and fuck you right then?” I moan. “I bet you’re wet right now.”
“Cole,” I growl his name, not wanting him to see how right he is.
But he ignores my warning. “You wore red for me again, sweetheart. You wanted my attention, and you got it. Now what are you gonna do with it?” 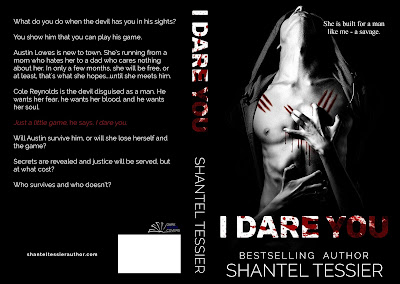 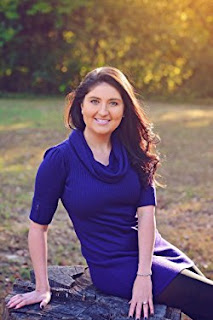 Shantel is a Texas born girl who now lives in Tulsa, Oklahoma with her high school sweetheart, who is a wonderful, supportive husband and their seven year old little princess. She loves to spend time cuddled up on the couch with a good book.

She considers herself extremely lucky to get to be a stay at home wife and mother. Going to concerts and the movies are just a few of her favorite things to do. She hates coffee, but loves wine. She and her husband are both huge football fans, college and NFL. And she has to feed her high heel addiction by shopping for shoes weekly.

Although she has a passion to write, her family is most important to her. She loves spending evenings at home with her husband and daughter, along with their cat and dog.

Make sure to follow her on all social media sites! 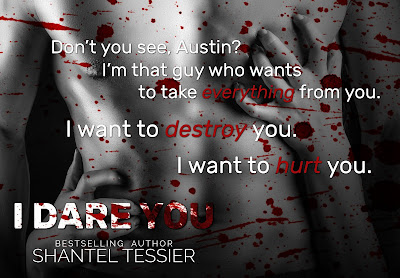