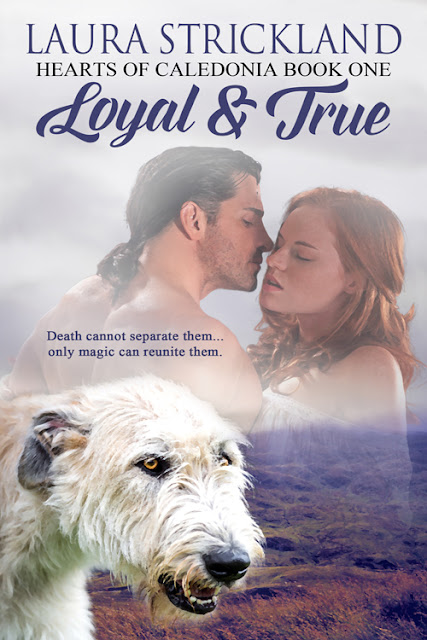 In defiance of her father, Caledonian tribeswoman Barta leads a daring raid against invading enemy warriors. But the fight goes badly, and her beloved war hound, Loyal, is killed. Unable to imagine existing without her dearest companion, she nevertheless must return home and accept blame for her terrible blunder.

For the first time in his life, Loyal is unable to rise and follow his mistress. When he appeals to the Goddess for mercy, she grants him leave to return on one condition: it must be in the form of a man. And only if Barta recognizes him for who he truly is will he be permitted to stay.

Loyal never suspects that, as a man, his connection with Barta will deepen, becoming passionate enough to transcend nearly any change. Will Barta recognize him before he’s lost to her forever?

Why could he not rise?

He remembered the battle—he could see it all now in patterns of black and white. Violence had its own aura as did so many things in the world, a combination of sight and smell. People smelled different when angry or afraid.

He’d fought at Barta’s side as he always had and always would, and taken a number of wounds. They didn’t matter; only her welfare mattered, and his presence at her side.

For him, battle felt like a game, a violent one. So long as Barta remained with him and protected, he cared little what else happened, even to him. He existed to be with her, to protect her—nothing more.

But now she arose from the place where they’d both gone down—where he’d thrown his body in defense of hers—and he could not follow.

For the first time in his life he could not follow.

Oh, unbearable agony. For, faintly, he could still feel her, smell her tears, sense her touch. And he could feel her starting to move away from him, feel her spirit tug at his. They were bound together, always had been, by a silver cord stronger than leather and more potent than magic.

Do not leave me here, Mistress. I cannot rise. I cannot follow you.

Award-winning author Laura Strickland delights in time traveling to the past and searching out settings for her books, be they Historical Romance, Steampunk or something in between. Born and raised in Western New York, she’s pursued lifelong interests in lore, legend, magic and music, all reflected in her writing. Although she enjoys travel, she’s usually happiest at home not far from Lake Ontario, with her husband and her "fur" child, a rescue dog. Author of numerous Historical and Contemporary Romances, she is the creator of the Buffalo Steampunk Adventure series set in her native city. Loyal and True. Is the first book in her new historical Hearts of Caledonia series. 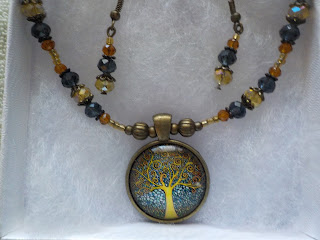