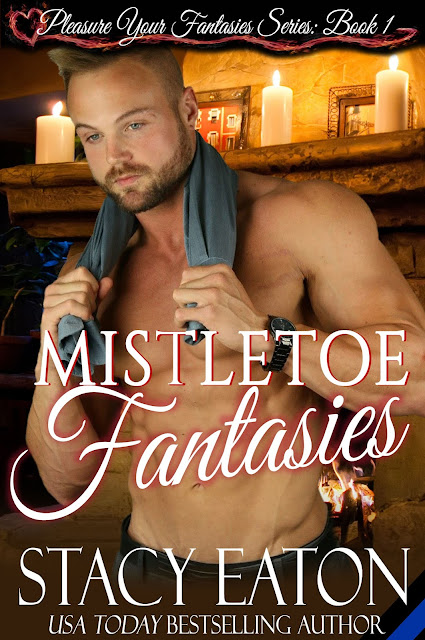 Reba St. James would prefer to serve the drinks or play hostess to the businessmen and their guests at Pleasure Your Fantasies, the gentlemen’s club where she’s employed. Unfortunately, when she needs extra money to pay off an urgent debt, the only position that pays her enough is dancing on stage with barely anything on.

Wallie has been a body guard at the club since it opened four years ago, and over the last year he’s developed quite a crush on Ms. Reba. He might have thought he had a chance with her, except the club has a strict rule: No dating between guards and dancers.

When the attraction between Wallie and Reba reaches undeniable levels, Reba is ready to walk away from dancing altogether and try to find another way to help pay the bills, but when a final notice shows up, she’s forced to go from part-time dancing to full-time, and any chance of a relationship between them is put on hold.

Everything changes on Christmas Eve when Reba and another dancer get into a fight, and Reba is let go from the club. Will Reba lose everything, or will Reba and Wallie get more for the holidays than just their Mistletoe Fantasies?

Mistletoe Fantasies is the first book in the six book Pleasure Your Fantasies Series that spins off of The Celebration Series.

My toes tingled and I dug around in my console until I found two breath mints and shoved them into my mouth. I peered into my rearview mirror and realized that I probably looked a mess, but it was too late now.

Wallie took a few more turns, but it was only a few miles before he pulled into a neighborhood with single family homes. I wished that it was daylight so I could see them, but I did enjoy the few holiday light arrangements that I saw along the way. Wallie pulled into the driveway of a two-story house after making two more turns, and I parked beside him.

Before I got out, I took a moment to try and calm my racing heart. I could leave. I could back out of the driveway and pretend I was never here. I knew that Wallie would understand. He would get it, I knew he would.

“You want this, Reba,” I said to myself softly and, boy, did I ever want it. I grabbed my purse and pushed open my door. When I walked around Wallie’s truck, I found him approaching the steps to his front porch. The light wasn’t on, and I was both glad and disappointed. It was hard to tell much about the house other than it was a two-story and appeared to have stone on the front of it, but, in the darkness, Wallie couldn’t see how nervous I was, or vice versa.

I paused a few feet behind him. He unlocked the door but didn’t open it. He turned to me. “If you leave now, nothing will change, Reba. We can keep things the way they are, and it will be fine, but I guarantee that if you step through this door, things are going to change, so make sure you’re ready for that.”

“You, me—us.” His voice was so deep that chills raced down my spine.

I felt the heat of his stare even with the two feet between us. “The moment you step through that door, Reba, there is only an us.”

I wasn’t sure if that was the hottest thing I had ever heard or the scariest, but I did know that there was no way I was going to walk away now.

I stepped toward him, but instead of stopping in front of him, I skirted him, opened the door, and crossed the threshold, stopping in the center of the foyer. The house alarm began to beep a warning that I didn’t care to heed, and a moment later, the door closed, then five keys were depressed on his alarm pad before the beeping stopped. A muffled sound filled my ears that sounded a lot like his leather jacket hitting the floor. A second later, his hands were on my shoulders and he was turning me. I was pulling my arms from my jacket as he was yanking it from my shoulders. 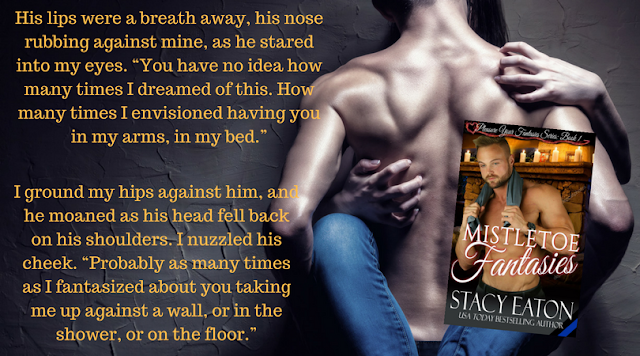 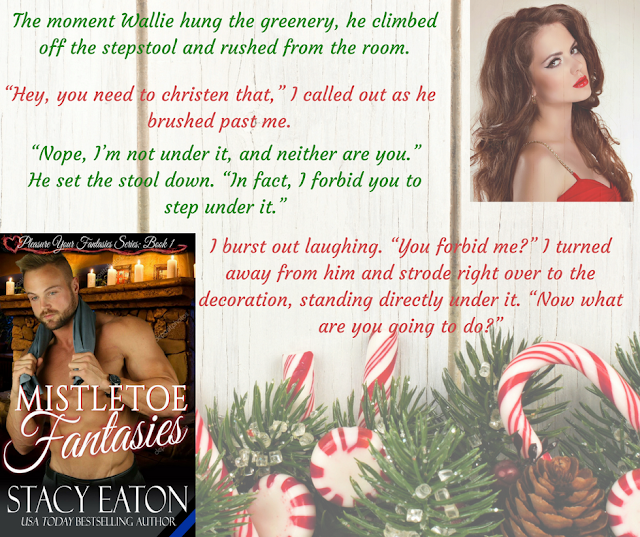 Mistletoe Fantasies is a Spin off of The Celebration Series 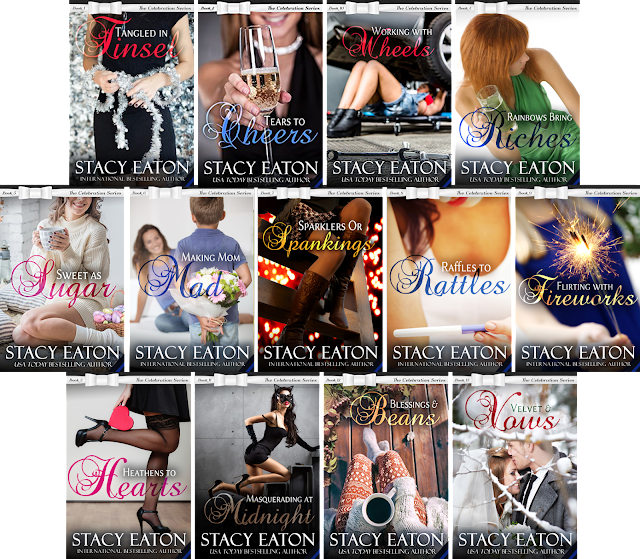 Stacy Eaton is a USA Today Best Selling author and began her writing career in October of 2010. Stacy took an early retirement from law enforcement after over fifteen years of service in 2016, with her last three years in investigations and crime scene investigation to write full time.

Stacy resides in southeastern Pennsylvania with her husband, who works in law enforcement, and her teen daughter who is working toward her second degree black belt in Tae Kwon Do and on the choral and cheerleading squads at school. She also has a son who is currently serving in the United States Navy.

Be sure to visit her website for updates and more information on her books.

Sign up for all the latest information on Stacy’s Newsletter!