Mrs Brandon, the former Marianne Dashwood, is now a widow, and not yet twenty-five.
Her former admirer Willoughby is as unhappily married as ever, and the thought that she is free to marry again drives him to distraction. He has continued in his dissolute lifestyle, which Marianne abhors, while his wife Sophia's life has been poisoned by jealousy of Marianne.
Marianne urges him that the only possibility of happiness for Willoughby and his wife is for him to give up his empty pursuit of pleasure - but now the Colonel is gone, Marianne finds that she can no longer push aside thoughts of Willoughby easily herself; she must find some way of occupying her own empty hours.
Willoughby retains his rascally charm, which an older and wiser Marianne is determined to resist; Elinor and Edward are as astute as ever, while Sir John and Lady Middleton are as foolish. Mrs. Jennings remains determined to marry off all her associates as before, while Sophia Willoughby is even more sour as the wife of the man she wanted, and Willoughby's friends are suitably cynical rakes.
This sequel to Jane Austen's 'Sense and Sensibility' strives to emulate some of the light ironic touch of the inimitable style of Jane Austen; it is both funny and sad, and is told as dark comedy. 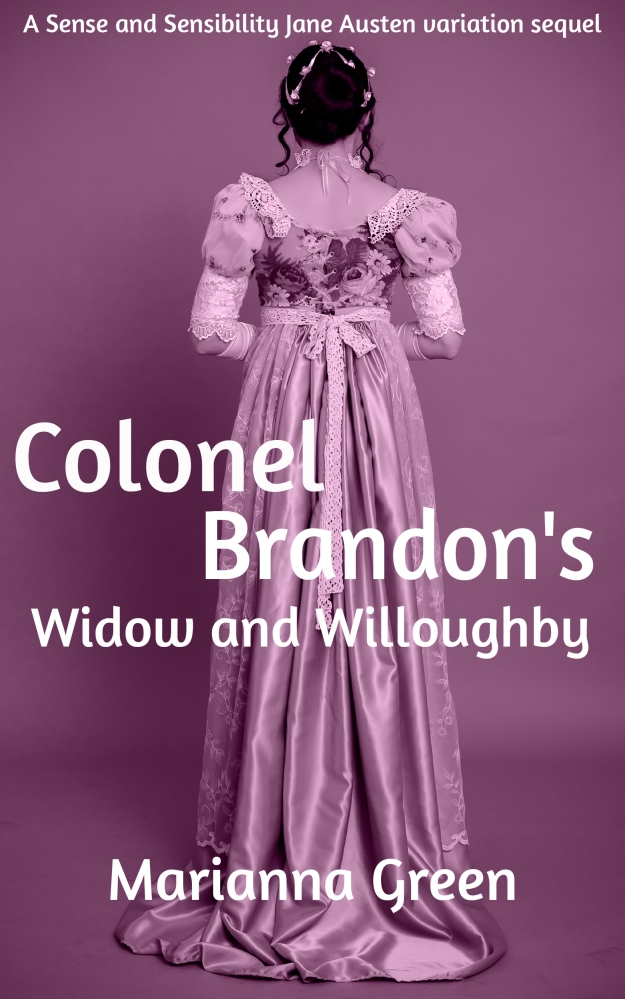 'The union of the Willoughby’s only resembled that of the Brandon’s in being childless. Unlike the latter couple, they had no common interests to compensate, unless an unfortunate tendency to over indulge in wine and other stimulants could count as a mutual source of diversion.
It is true that they did share in common a manner of relating to each other that involved raised voices behind slammed doors, angry silences and periods of cold civility; but this shared inclination brought them no closer together.
It could be further urged on their behalf , that in this conduct, they provided society with the diversion of much talk, and their staff with constant entertainment; - for Willoughby’s confidential valet knew all about his improper pursuits, while his wife’s lady’s maid could recount how Mrs Willoughby had cursed him for a fortune hunting libertine in full hearing of the servants, and of how savagely he had kicked shut her sitting room door before retorting that, ‘Devil take it, in his whole worthless life, he had only cared for Mrs Brandon, and he’d be damned if he pretended anything else to please a scolding…’ But the reader does not wish to hear any more of this.
Seemingly their staff lacked any discretion, and soon enough, the content of the Willoughby’s exchanges leaked out into polite society, which showed still less decorum in repeating them assiduously. Many a man had dined out for a month on his knowledge of episodes that ought to have been cloaked in decent silence, and Miss Steele was one of many maiden ladies agog for the latest outrage.'

'Marianna Green lives in Wales, UK. She has long been fascinated with the classics of English Literature, and particularly admires the trenchant wit of Jane Austen'

GOODREADS
This Event Has Been Organized & Hosted by