Kori Walsh knows plenty about the darkness in the world. After watching her mother succumb to illness, Kori sunk into a deep depression that she can’t seem to snap out of, no matter who tries to help her.
As the star pitcher on his college baseball team, Landon Grayson is enjoying life as a big man on campus, and all of the perks that come with it. He has plenty of girls vying for his attention, so why is he drawn to the moody, sullen girl who claims not to be interested but still keeps showing up to watch practice every day?
As he gets to know Kori, Landon is struck by how much they have in common and he sets out to cheer her up. Can Landon show Kori that there is light after darkness, and if he does, will love blossom?

Chapter One
~Landon~
Practice ends, and she’s sitting there on the bleachers, alone, watching. The girl with the reddish-blond hair. I’ve seen her before. She’s in my Psychology class, but I’ve never talked to her. She always sits in the back of the room and is one of the first people to leave when class is over. She keeps to herself and walks with her head down, as if she doesn’t want to bother with anyone else. 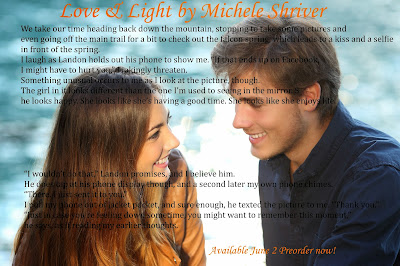 That’s why it intrigues me to see her watching baseball practice. I first noticed her two days ago, when the last of the snow finally melted and we moved out of the field house. Even though the weather’s improving and we’re using our regular field now, we don’t draw a crowd to our practices, so it’s kind of surprising she’s here again.
Instead of heading straight to the locker room to shower and change, I decide to stop by the bleachers. “Hi there,” I say.
She glances up, and I notice her eyes are green, a nice complement to the red of her hair and I wonder if she’s of Irish descent. “Hi.” She doesn’t smile.
“Are you a baseball fan?” I ask her, something that automatically earns anyone points with me.
She gives a shrug of her shoulders. “Not really. Why?”
“Just curious. I saw you watching practice the last few days, so I thought maybe you were a fan.” I give her a sheepish smile. “It’s nice to see someone out here. We don’t exactly get a lot of people to practice, as you might have noticed.” I gesture at the empty bleachers. “Especially since we just moved outside.” The snow may be gone, but it’s still not very warm, and I’m not sure a lot of people on campus even realize that we’re practicing at Panther Park now.
“I’m here because it’s something to do,” she says, “and my doctor tells me fresh air is good for me. He says it will make me feel better.” She laughs a little, and it’s a laugh that makes me think she doesn’t believe her doctor’s claim.
“Are you sick?” I ask.
“Not physically.”
The answer catches me off guard and all I manage to say is, “Oh.”
For the first time, her lips twitch in the slightest hint of a smile. “Have I scared you away now?”
“Do you see me running?” I counter. It will take more than that to scare me off. I happen to know a thing or two about depression, and not just because my stepmom is a shrink.
“Maybe you should,” she says.
“Maybe.” I shrug, unconvinced. The thing is, she’s just intrigued me even more. “I hope you keep coming to practice,” I tell her. “Or maybe a game sometime. We’re off to a good start this season.” I set my gym bag down on the ground and extend my hand. “My name’s Landon, by the way. I’m a pitcher.”
She makes no move to shake my hand. “I don’t recall asking.”
And, just like that, I’m shot down. I may be pretty good at baseball, but it doesn’t mean I’m smooth with women. “No, I guess you didn’t.” I pick up my bag and sling it over my shoulder. “Maybe I’ll see you around,” I add before I turn and walk away.
I’ve gone about ten feet when I hear her call something out to me.
I turn back around. “Excuse me?”
“My name,” she says. “It’s Korinne, but most people call me Kori.”
“Kori,” I repeat, liking the way it sounds on my lips. “Thank you. Hopefully I’ll see you tomorrow, Kori.” I give a little fist pump as I run to the locker room.
~Kori~
I watch him jog away, and I wonder what he’s thinking. Is he happy he scored my name from our conversation, or does he think I’m a freak? I’m not sure why I gave it to him, other than it seemed like the polite thing to do. He’s cute and all, but I don’t want to send the wrong message. I don’t date jocks. I don’t want to date anyone right now. 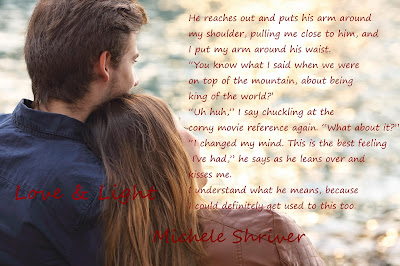 Dr. Morris will be happy. I talked to someone. I had a conversation. He thinks it’s an important step for me in enjoying life again. That, along with the fresh air. I think it’s all bullshit and I’m not sure I want to enjoy life, anyway. Some days I’m not even sure I want to live.
I can’t try to end it, though. I won’t. It would be selfish and cowardly, especially after watching my mother fight for every last day on this earth. Even when she was in so much pain she could barely stand it, or was so weak she couldn’t get out of bed, she never gave up the fight. For that reason, I won’t give up either, even though it’s hard for me to enjoy anything since she’s been gone.
Maybe someday I will find enjoyment again. Maybe it will even be watching baseball.
I look around the empty bleachers, picturing them full of spectators on game day, cheering the players on. Landon said I should go to a game, but that seems like too much, too soon. Crowds? Cheering? People having fun? Definitely not my thing.
Practice, though, I think I can handle, and maybe I’ll have a friend in this guy, Landon. Maybe this is where it will start. The healing.
It’s hard to actually believe that, but I’ll be back again tomorrow anyway. 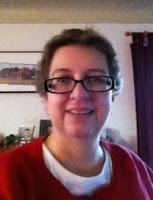 October 22-25, 2015 I will be in Minneapolis, MN at the Midwestern Book Lovers Unite. I will also be doing 3 panels at the event. Going to be a great time.