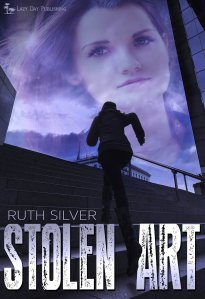 Sixteen-year-old Madeline has been living on the streets, refusing to be part of the foster system. Biding her time until she's eighteen, with little to no money, she takes on a heist in hopes of making ends meet. What could possibly go wrong?
Everything.
Getting caught is just the beginning of Madeline's adventure as she meets Weston and discovers the secret of where she came from. A dark and sinister past begins to emerge, and forces Madeline to come face to face with the unexpected.
Is it possible that she isn't who she thought she was? What happens when she is has to accept the reality of what is actually real?

I rush back up the dark stairwell, shoving the key into the doorknob. It takes a minute for the lock to click and I push myself inside the apartment, securing every lock and deadbolt. I can’t stay here in Hutchinson, Kansas any longer. Pulling my phone from my purse, I text Weston.


Tatiana is here. It’s not safe for me.


I grab the few belongings that have any value to me, sentimental or otherwise, and shove it into my shoulder bag, including the stolen silver necklace. It has value and if I’m forced on the run, I’ll need money to survive.


What did Weston mean he knew Tatiana is at the bar? Had he seen her? Is he there?
What do you mean, you know? I type into the phone. If he saw her, why didn’t he warn me? I can’t go down out the front door and it’s only a matter of time until she finds me just a few feet away. I grow restless waiting for an answer.

The phone buzzes and displays an incoming call from Weston. "Wes, tell me you’re here." The only thing to do is hop in his car and drive into the night, far from Kansas.
A female’s voice bubbles with laughter. "Oh he’s coming darling, but you should know he won’t get here in time. Amazing how easy it is to clone a phone number and steal his service. The advancements Stem Tech has made is encouraging."

Ruth Silver will be in New York City attending Book Expo America (BEA) on Wednesday, May 27th. She will be signing a limited number of copies of Aberrant and Stolen Art from 3:00-3:30 p.m. at table 4. Ruth will also be attending BookCon in New York City on
​ ​
Saturday May 30th at the Javits Center, where she will be selling a limited number of copies of Aberrant, Moirai, Isaura, and Stolen Art, with Lazy Day Publishing at booth 3004. Ruth will be at BookCon from 10am until at least 2pm (or until she sells out of books). 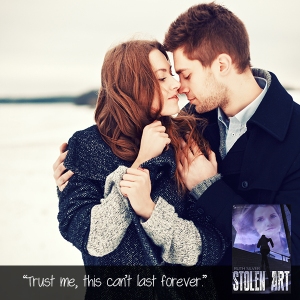 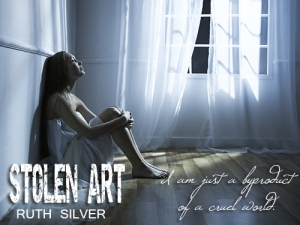 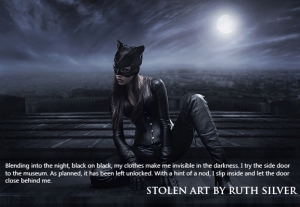 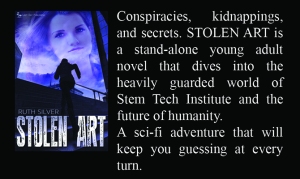 Ruth Silver is the best-selling author of the Aberrant trilogy. With a passion for writing and a love of story-telling, Ruth is actively writing two series: Royal Reaper and Orenda. She also writes The Federal Agent Chronicles, an adult romance series under the name Ravyn Rayne for Blushing Books. Her interests include traveling, reading, and photography. Her favorite vacation destination is Australia. Ruth currently resides in Plainfield, Illinois.