Immerse yourself in heart-throbbing romance, daring adventure, and epic battles against gods and monsters.
Connect with beloved characters whose big hearts navigate them through tumultuous times. 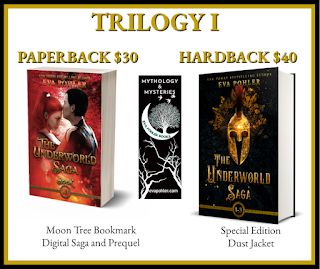 Thanatos, the god of death, has never been kissed until seventeen-year-old
Therese, in a coma after her
parents are killed in a car crash,
thinks she's dreaming and kisses him. 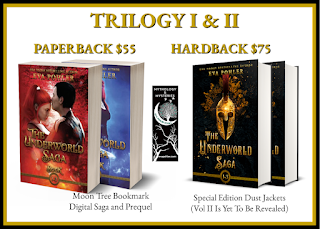 Desperate to follow her after she awakens, he bargains with Hades for a chance to live as a mortal in the upperworld.
Hades agrees but demands that Thanatos take the Furies and help Therese avenge her parents' murders. 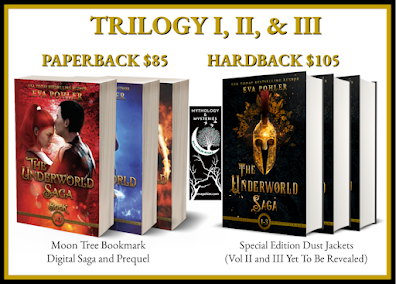 Please join Eva Pohler in bringing the gods of ancient Greece to life with a tenth anniversary edition of The Underworld Saga in three hardback volumes (one trilogy per volume) with new dust jacket art, along with a never-before-seen epilogue starring Dionysus--a collector's dream currently only available through this 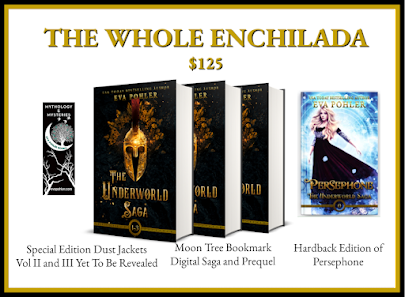 Kickstarter Campaign
The campaign kicks off on June 21st, but sign up now to be notified on launch, and, while you're at it,
be sure to enter her $50 gift card giveaway (winner's choice).
a Rafflecopter giveaway 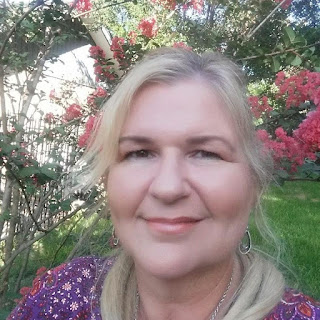 Join the Facebook Event here
Posted by blogger_rach at 01:00