SCATTERING IN THE STARLIGHT (The Starlight Chronicles #3), by P.S. Malcolm

SCATTERING IN THE STARLIGHT
(The Starlight Chronicles #3)
By P.S. Malcolm
Set to release December 8th, 2020! 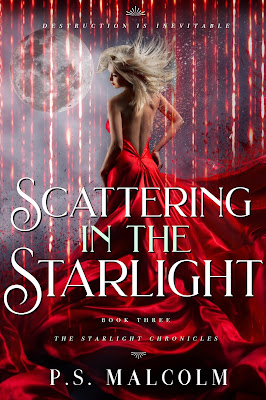 "Titania is alive—and no one is safe.

After narrowly escaping Urenphia, Valarie and Jason must prepare for war against the all-powerful and deadly creator herself, Titania. But after an unexpected trip to the future, they discover it's not the happily ever after either of them envisioned—a complication made even worse when they both meet their daughter.
After discovering the key to defeating Titania for good, Lucy realizes she has no choice but to allow herself to become enslaved to Titania's will. But once completely under her control, she will become a powerful weapon used to destroy everything and everyone she loves... unless someone can stop her.
The entwined three have a choice—they can change their fates, or they can stay the path—but either way, the loss of someone they love will be inevitable.." 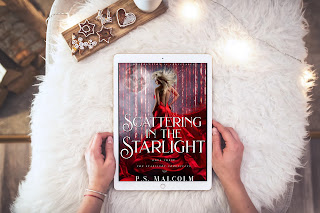