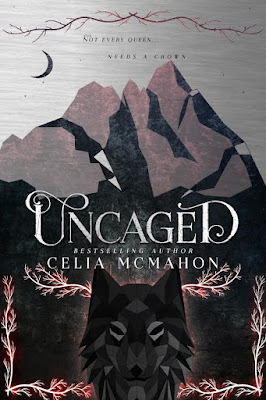 “Not every queen needs a crown.”
After escaping Stormwall, Izzy and Fray have finally crossed through the Archway and into The Old Kingdom in search of allies. But finding a place within Fray’s former pack deems harder than they imagined. When Izzy’s father warred with the Gwylis, it made a lifelong enemy of the Rowan name, and Fray’s betrayal of siding with Aquarius in the war makes him no less an enemy to the pack.

When Izzy struggles to understand her newfound magic and build a relationship with her new family, Ashe, the former Prince of the Peeks follows her deep into the mountains with a warning that trouble may come to them. When the new king’s soldiers arrive in The Old Kingdom, Izzy must fight to secure the protection of her new home. Now, battling demons inside and out, she discovers along the way what truly happened to her brother Henry and what he’s been trying to accomplish beyond the Archway before his death.

With war looming once again, Izzy is thrust back into the life she tried to leave behind, and the past tips her relationship with Fray to a breaking point. Warring with her old kingdom with such a small force seems impossible until Izzy turns to the one thing that made a human into a wolf-The Uncanny-and unleashes the magic lying dormant inside of her. As danger continues to mount, past, present, and future will collide between kingdoms, and the lines of allegiances are drawn-even with Fray; her new friends Olio and Branch; even Ashe, who fights to redeem himself in Izzy’s eyes.

The choices made this time could mean peril for not only Izzy, but Fray, and Ashe as well as they take their destinies into their own hands.  Izzy must decide who she is willing to fight for, and where her loyalties truly lie.  UNCAGED is the stunning sequel to Celia McMahon’s debut UNSPOKEN, the first in her fantasy trilogy set in a world of curses, wolves, and war." 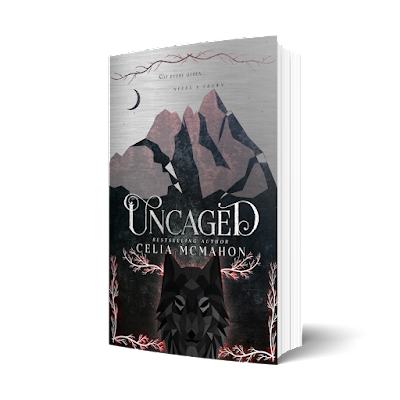 CONNECT WITH THE AUTHOR

CONNECT WITH THE PUBLISHER