She’s not a party girl anymore…

Sophie Dean has worked long and hard to shed the rock-n-roll bad girl reputation she earned at college. With her rebellious days behind her, Sophie now uses the prestige of the Dean family name and money to bankroll humanitarian aid. The only part of her past she can’t leave behind is the major crush she has on Finn Jenkins. When danger from an unknown quarter threatens Sophie’s latest undertaking and she needs protection, fate steps in and delivers a second chance with Finn.

He's fought his feelings for too long…

When Finn returns home after two tours of duty as a Navy SEAL, it doesn’t take long to realize he still has feelings for Sophie, who is no longer the irresponsible young woman he walked away from all those years ago. An assignment to escort Sophie and an orphaned Pakistani boy to the Pacific Northwest should have been an easy mission—and it’s the perfect opportunity to get re-acquainted with Sophie and finally confess how he feels. But when someone threatens the orphan in their care, Sophie and Finn must set aside their feelings to save the child’s life…and their own.

Together, they’ll have to risk it all.

Sophie perused him carefully. She tracked his entire body from his overgrown military haircut to his favorite boots. It was good that SEALs had incredible mastery over their bodies or her baby blues lingering on his stomach and groin would be a problem, a very specific problem that sparked to life with the hope of having her full attention.
“Let me translate Finn speak. You probably have twenty to thirty stitches and it is a big deal.”
Despite his intensive training—and practice—in lying under interrogation, he never got anything past this meddling woman. And why did he hope she’d always be meddling in his life? “Soph, all you need to know is that I’m fine. Unless, of course you want to play nurse and examine me?”
Sophie’s eyes widened, her forehead furrowed as she tugged on her pillow soft lower lip. “Nice try, Jenkins. I know you’d never let me near you.”
Finn couldn’t breathe. His heart rate ratcheted up five knots. The way Sophie said it was like a question, not her usually flippant “whatever” tone. Was she hoping for a different answer than his usual? A man could dream.
She brushed away a curl that had fallen out the ponytail she’d pulled her hair into. And Finn couldn’t look away from the feminine gesture. Hunger jamming his throat.
“Did someone shoot you or stab you this time?”
He didn’t see any purpose in discussing how close he came to bleeding out and how many times he had been close to dying on this last mission. Or the previous ones this past decade and more. Tender and sensitive, Sophie kept him on edge. He didn’t want her seeing him as weak, or vulnerable. And to be honest, though he knew he should think of Sophie as a strong, resolute woman—as she’d proved herself during her kidnapping—he didn’t want his recollections of potential death and pain to flood her mind. “Not your problem.”
Sophie uncrossed her leg and leaned back in the chair, not fooling Finn for a minute on how he hurt her feelings. Her tell was the way her eyes widened and she chewed her lower lip, a habit she’d learned from her heartless bastard of a father. “What did Mr. Brophy say about Tariq? Did he say how he knew Tariq’s Uncle Parvez? And isn’t it an amazing coincidence that Jeremy Brophy lives on Orcas Island?”
Finn didn’t believe in coincidences but he kept his thoughts to himself. He didn’t need another talk by Sophie on serendipity and synchronicity.
Sophie leaned forward, her eyes narrowing on his face. “I’m not sure what exactly is going on, but your last mission must have been a doozy.” She threw herself back in the seat. “Oops, I forgot. I’m not supposed to mention it. It’s classified.”
This was another reason Finn hadn’t declared his feelings for Sophie. She could never be a military wife, never tolerate all the classified secrets he had to keep. Oh, and Sophie was the daughter of a tech billionaire who was a press magnet. Not exactly a low-profile wife for a Special Forces undercover operator. Finn didn’t expect her father would ever approve of Finn’s prospects. And Finn never wanted to be the man who married her for money. For all those reasons he’d be hesitant about approaching Sophie. Yet since her kidnapping, he’d been battling all those negatives with the desire to keep her safe in his arms.
“Which is it? How badly you were injured or you don’t want to talk about your conversation with Jeremy Brophy?”
“With your skills, you should work for the CIA.”
It was hard to describe the way Sophie’s forehead bunched together and her shoulders tightened, still he always knew when he’d crossed a line.
“Finn, why are you being more of a jerk than usual?”
Because his wound was aching and the reunion he imagined with Sophie the entire time he was lying in the hospital was playing out with another man touching her, whispering sexy stuff into her ear.

Jacki Delecki is a bestselling romantic suspense author whose stories are filled with heart-pounding adventure, danger, intrigue, and romance. Her books have consistently received rave reviews, and AN INNER FIRE was chosen as an Editor's Selection by USA Today. Currently, she has three series: the contemporary romantic suspense Impossible Mission, featuring Delta Force operatives; Grayce Walters, contemporary romantic suspense following a Seattle animal acupuncturist with a nose for crime; and the Code Breakers, Regency suspenses set against the backdrop of the Napoleonic Wars. Delecki's stories reflect her lifelong love affair with the arts and history. When not writing, she volunteers for Seattle's Ballet and Opera Companies, and leads children's tours of Pike Street Market. 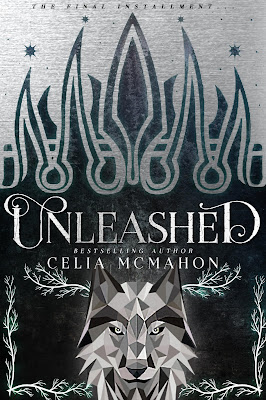