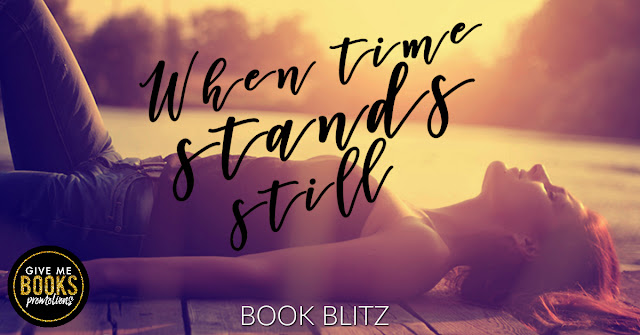 It’s been nearly a decade since Elle Sloan last saw Luke Hutchins. Close to ten years since she broke up with him over a single phone call, providing him with little explanation. Since the end of their relationship, Elle has done everything she could do to move on, marrying, proceeding forward with her life, almost allowing herself to completely forget about Luke.

Out of nowhere, Elle receives a phone call from Luke’s mother. Luke has been in a horrific car accident and, a month later, has just awoken from a coma. However, instead of celebrating, his family is stunned to learn that Luke is suffering from amnesia and only remembers his life as it was before his breakup with Elle. Not wanting to tell Luke that he and Elle aren’t together anymore for fear it may compromise his recovery, Elle is asked by Luke’s family to come to the hospital to see him. Their hope is that she will slowly be able to jog his memory and cushion the blow.

Guilt-ridden over how their relationship ended, Elle readily agrees, finding herself transported back in time with Luke to the life they once shared and the future they could have had together.


“He’s been staring at you since we sat down. He’s trying not to be obvious about it, but I see him. I’ve got his number,” Mena spoke softly from across our table. Her eyes had been just as glued to the screen of her laptop, as mine had been to my own. It was beyond me how in the world she could have noticed anything outside of the Word document on the screen in front of her.

“Are you sure it’s me he’s looking at? You haven’t turned your head once since we’ve been here, not even when giving the waiter your order … which was kind of rude, I may add.”

“I have a paper due tomorrow and no time for pleasantries, and I don’t have to turn my head to see anything; my screen may as well double as a mirror with the way it’s reflecting everything in this horrendous lighting.”

“It beats sitting in our dorm room, listening to Bruce Springsteen on your iPod all evening,” I muttered. Curious, I tried to see over Mena’s chestnut brown hair, casually craning my head upward and then quickly looking back down again for fear of being caught.

“Keep that up and he’ll think you’re having a seizure,” she quipped. “Give me a second and I’ll bend down and act like I’m tying my shoe. You’ll get an unobstructed view of him, then.”

“How do you know he’s looking at me? It could be you he fancies.”

“Fancy? I thought we were in some dive coffee shop on the east side, not in a quaint café in some storybook English parish.”

Mena’s finger made a final swipe across the touch pad on her keyboard, as she saved the paper she’d been feverishly working on for the better part of the last three days. Paper safely tucked away on her hard drive, her big, brown eyes glanced up at me for the first time since we’d been seated. “I know it’s you he’s interested in because, as you’ll recall, I was walking behind you when we came in. Elle, when he saw you, it was like one of those scenes out of every corny ass romantic comedy I’ve ever seen … you know, the one where time stands still the moment the love interest walks into the room in slow motion to the tune of some even cheesier eighties song playing in the background. That’s how he was looking at you, not me. As far as I’m concerned, he’s probably cursing my mother for my conception right now, since I’m the only thing standing in his way of getting an unobstructed view of you.” She took a sip of her frappuccino, pursing her lips and narrowing her eyes in disgust as she set the cup back down. “The next time you want to drag me out of our dorm, I’m choosing the venue.”

“At least I’ll have until when hell freezes over before I have to worry about that.”

Mena rolled her eyes, backing her stool away from the table. “Show time,” she said as she bent down to inspect her lace-less boot.

I waited a few seconds before I allowed myself to look, trying not to appear overeager or make what we were really doing all too obvious to whomever it was I was trying to see. Truth be told, I hadn’t noticed much when we walked in, instead keeping my eyes focused on the small table in the corner of the shop where we were now sitting; the perfect spot to be alone, yet among the Roanoke social scene at the same time. After the passing of a respectable amount of time, and finding myself unable to hold back any longer, I allowed my eyes to wander to the table situated twenty feet behind Mena.

“There’s like a half dozen guys, all staring at either textbooks or laptops sitting at that table. Which one am I supposed to be noticing ogling me?”

“The blond one, third one from the end, closest to the door. Hurry up, I’m starting to get a neck cramp.”

I glanced back up at the table full of our college-aged peers again, a little more obvious about it this time than before. If I’d had any doubts about the identity of the blond Mena had wanted me to find, they were quickly erased when, the second I found him, he found me, too. Everything told me to divert my attention elsewhere, not to make it obvious that I was staring back at him, but once my eyes caught a glimpse of his face, there was no turning away, despite my better judgment.

His blond hair was thick, bordering on shaggy, even though it was obvious from the way he was dressed and seemed to carry himself that he probably had painstakingly attempted to groom it before going out. It reminded me of my own unruly locks before I cut them to their length just above my shoulders, making them easier to maintain. Even more striking, though, were his eyes. Set in a round, cherubic, face were two azure orbs that stood out so vividly they couldn’t help but take your breath away. Eyes that commanded your attention, that begged you not to look at anything else. I didn’t look away, and neither did he. His blue eyes met my hazel eyes and they remained locked in a shameless tryst that wouldn’t—perhaps, couldn’t—be broken by either of us.

Sara "Furlong" Burr was born and raised in Michigan and currently still lives there with her husband, two daughters, a high-strung Lab, and three judgmental cats. When she's not writing, Sara enjoys reading, camping, spending time with her family, and attempting to paint while consuming more amaretto sours than she cares to admit. She's also an advocate for melanoma awareness, having been diagnosed with stage 1b melanoma in 2017.