Fantasy Made Flesh by Justine Elyot 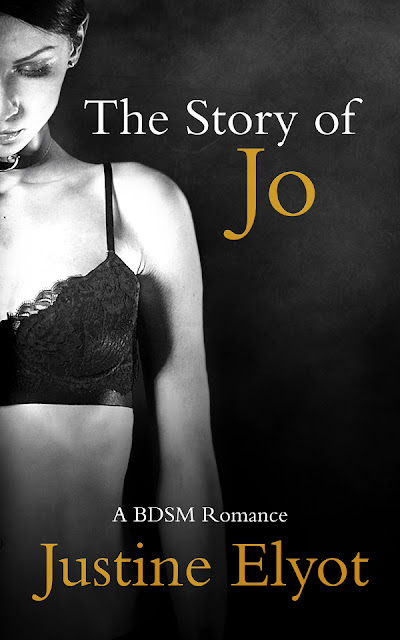 “I’m thinking that this all sounds so lovely and sexy and free and, yes, I fancy Fox a lot and the thought of having you both is a fantasy come true, but introducing a third person to a close relationship has to be enormously risky. I mean, how many menages of this kind ever work out, do you reckon?” These words are spoken by the eponymous heroine of my new book, The Story of Jo, and they encapsulate what I wanted to explore – because my books always boil down to questions I ask myself, and my attempts to answer them. In this case, I was fascinated by the dynamics of polyamorous relationships. I’ve never been in one myself. I’ve known a tiny handful of people who have at some point had a non-exclusive lover-sharing set up. None of these have lasted. Which is fine – all relationships are an experiment; just because they end doesn’t mean they’re a failure. But it did make me wonder whether such a relationship could last, and if so, what kind of factors would help? The title indicates my homage to the classic Story of O, but there are plenty of differences – one of these is that, unlike O, Jo doesn’t get transferred from one lover to another, but keeps them both. (I was originally going to have her moving from Emmett to Fox but, when it came down to it, I just couldn’t break her and Emmett up. I adored them together too much.) All the same, I still get to investigate what would lead somebody to willingly share their soul mate with another. In this case, it’s the deep bond – almost teacher/student – between the two men, a bond Jo comes to understand and appreciate after some initial anxiety. Getting the relationship between the two men convincingly right was my number one concern. There needed to be several levels of love between them, and unshakable trust at the foundation. For me, that was the only way something like this could work without jealousy or insecurity popping up eventually. While both men are essentially straight, their mutual admiration and deep trust allows them to explore the possibility of physical attraction without self-consciousness. But lucky old Jo is the one who gets the most attention. Really, I envy her. How many of us get to live out a fantasy without it turning sour? I’m interested to hear your thoughts on this. Do you think fantasies are better off staying in the mind, or is it worth taking a risk to fulfil them? Has a threesome or moresome relationship worked for you, or somebody you know? Would you want one yourself, or do you think it would open a Pandora’s box?

“I met a man called Emmett, and now I belong to him.”

Twenty-something Jo meets Emmett on a team-building course, and her initial disdain for him soon turns into attraction.

With Emmett’s strong but loving hand to guide her, Jo unleashes her inner submissive and they embark on an intense voyage of sexual discovery.

Their mutual fascination sees them exploring bondage, spanking, toys and more, and their romance is as perfect as Jo could hope for, until another man appears on the scene.

She knows that Emmett hero-worships his former boss and mentor, Charles, but when she finds out that Charles is the man who introduced Emmett to the art of domination, she has no idea how to feel.

With fierce desire growing between the three of them, can they find a way to explore this new dynamic without destroying what they already have? 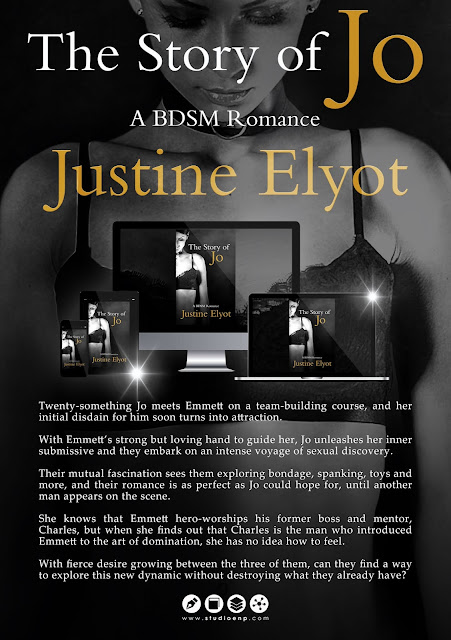 “I want complete control of you in the bedroom,” he said.

The words shocked me to the core, and when I say ‘core’ I mean the area between my legs.

“Within limits,” he amended. “Nothing that will damage or traumatise you, obviously. It’s for your pleasure as much as mine.” He laughed softly and ran a fingertip along my lips. “The look on your face…I’d like to photograph it.”

“Are you talking about, y’know, kinky stuff?”

“That’s exactly what I’m talking about. You look shocked. Are you shocked?”

“So you are that way inclined?” He raised an eyebrow.

Did he actually exist?

And did I have the courage to find out?

He pulled me in close again.

“Do you want me to take you in hand?” he asked, his voice low and sticky in my ear.

“Mmm,” his appreciative response turned into a kiss, one of those long, slow, trembly types that only end when your legs start to give way. One hand slid slowly down my spine, moulding itself to the curve of my bottom and squeezing.

“You’re still dressed,” he accused, his mouth still close enough for his hot breath to whisper over my skin. Red wine, spearmint, salmon, a bitter coffee note further back.

He quieted me with another kiss, then set his fingers to work on my shirt.

If you want to know how things work out for Jo and her men, the book is available now from:
Amazon US
Kobo
iTunes
Barnes and Noble

She can often be found moaning about stuff on
Twitter
GIVEAWAY!

Make sure to follow the whole tour—the more posts you visit throughout, the more chances you’ll get to enter the giveaway.
The tour dates are here October 15 -26
Enter for your chance to win a £20/$20 Amazon gift card and a paperback copy of The Story of Jo.
a Rafflecopter giveaway
Posted by blogger_rach at 02:00