They say you can’t escape your past. Especially when it takes you hostage. When Mia Rowland is taken hostage, nothing will stand in Ben Wells’ way. Not his career as a Navy SEAL. Not even his life.

Mia Rowland wants nothing more than to start her life with the man she loves. But when terrorists kidnap her as she testifies against a US Senator, her dreams of “happily ever after” are, once again, jeopardized.

Ben Wells is anxious to propose to the woman who has stolen his heart. However, his hopes for a lifetime of love and happiness with Mia are put on hold as he embarks on a desperate mission to rescue her—from an enemy he never saw coming.

Ben and Mia are on a perilous race to reclaim their future—before catastrophe separates them forever.

Ben sat on the end of the aisle and watched one of his new best friends get married. He was happy for Mason, but he also couldn’t seem to swallow the bit of jealousy lodged in his throat. This should be Mia and him standing at the alter, vowing to share their lives forever.

Mia…God, how he missed that woman. The closer it got to her wrapping up her testimony against Senator William Hutton, and finally being released from protective custody, the more Ben grew antsy.

She was probably in court now. Was she nervous? He had wanted to be there, to support her. But she loved Mason and had insisted that one of them be at his wedding. Since she had other obligations she couldn’t get out of…she made him promise he would represent both of them.

Ever since she had discovered that Hutton’s charitable foundation had been a front for money laundering to fund the RRA, Ben, Mason, and Lance had been there to protect her. Mason and Lance had been the ones to care for her while Ben was recovering from a gunshot wound he received rescuing Mia from being beaten to death in an RRA compound in Colombia.

Mason barely waited for the officiant to announce he could kiss the bride before wrapping Jess up in a tight embrace and kissing her deeply. The room filled with hoots and howls of support, and a few playful admonitions of “get a room.”

Ben’s phone buzzed in his pocket. He pulled it out, hoping it was a phone call from Mia. Instead the Newport office number lit up the screen.

“Wells,” he said as he answered the call.

“Humps,” Ryan Flaherty greeted him using Ben’s call sign. Flaherty was Riley’s computer specialist and one of two assistants she had.

But what the hell was he calling Ben for? Was he trying to get Lance or Riley?

“I thought you’d want to know as soon as possible—there was an active shooter at the federal courthouse in DC.”

Ben’s scalp prickled. He stood and walked to the back of the room, his emotions heightened. Mia’s fine…there’s nothing wrong.

Ben closed his eyes and pinched the bridge of his nose. “Where?”

“Inside the courtroom where Hutton’s trial is being heard.”

The one where Mia was supposed to be testifying at that moment. A chill moved down his spine and intensified the quiver in his gut.

“There were apparently at least four men with guns. No one knows for sure how they got in with weapons, but all indications are that it was an inside job.”

“I can’t get confirmation on her whereabouts, but everyone has been cleared from the courthouse and the wounded taken to the hospital. I’ve checked her name against the people admitted for treatment. Ben…it’s not looking good.”

Ben cleared his throat, the fireball of fear dropped into his gut. “Maybe she’s still inside the courtroom.”

Flaherty exhaled. “The only ones left in the building are all dead.”

Born and raised in the Rocky Mountains, Anne L. Parks has spent the last 28 years moving all over the United States. Married to the Navy – well a Commander in the Navy – Parks has lived in various locales throughout the United States. She currently resides in the Washington D.C area. When not writing, she spends her time reading, doing yoga, mountain biking, and keeping track of four kids and a very spoiled rescue German Shepherd. And drinking wine.

Author of nine novels (Tri-Stone Trilogy, Return To Me series, and Strangers) and four novellas that have been published in anthologies, she loves to create stories with mystery, plenty of twists and turns, and loaded with suspense.

With a military husband, it was only a matter of time before she broke into the military romantic suspense genre, where she feels right at home amongst highly trained, somewhat jaded, ready to take out terrorists alpha males and the strong, brave women who love them. Parks first military romance, MIA, went to #1 on Amazon’s Kindle World. Thirteen more books will be released in her new series The 13. Two other series are being planned. 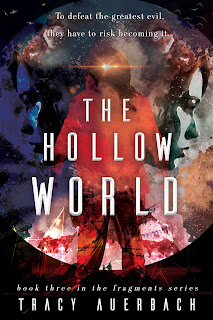