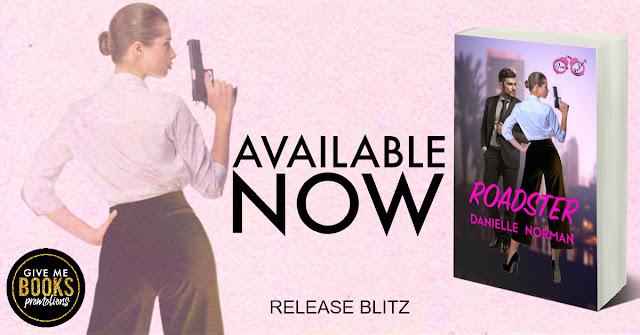 
"Here, take this, you need it.” Those words used to mean something different to Adeline Morgan. Once upon a time, they preceded her next high. Now they had a deeper meaning, they were the sacred code of a whisper network of women. Women who'd been helped by The Iron Ladies. The wives of controlling husbands. The partners of cheating men. The lovers of playboys leading secret lives. As an Iron Lady, Adeline helped them all. And she loved every minute of it. And with each case Adeline grew jaded. Every man had the potential to break hearts and destroy lives. Until she met the one determined to prove her wrong. He didn’t want to break her heart…he wanted to steal it.

Before becoming a romance writer, Danielle was a body double for Heidi Klum and a backup singer for Adele. Now, she spends her days trying to play keep away from Theo James who won’t stop calling her or asking her out.

And all of this happens before she wakes up and faces reality where in fact she is a 50 something mom with grown kids, she's been married longer than Theo’s been alive, and now get her kicks riding a Harley.

As far as her body, she can thank, Ben & Jerry’s for that as well as gravity and vodka. But she says that she could never be Adele’s backup since she never stops saying the F-word long enough to actually sing.

Danielle writes about kickass women with even better shoes and the men that try to tame them (silly silly men).