All things magical and mundane happen for a reason. But when romance is involved, that reason may wear a more confusing disguise than usual.

Wednesday's not just a witch. She's a modern woman who doesn't like being told what to do. It's her turn for the spring rites, but she stuns the entire colony by saying no. She further befuddles everyone by refusing to give her reasons. Hoping she'll change her mind, they recruit her friends to apply pressure and proceed with plans as usual.

The warlock, Rally, met Wednesday at a witches' gathering in Aspen. They barely spoke the entire weekend and he didn't think much of it until afterward, when he found himself waking during the night with her on his mind. He could track her down, but to what end? He certainly had no interest in a relationship lasting longer than forty minutes, but it had been months since the brief encounter and he was still being caught by friends, musing about Wednesday instead of listening.

Then one day it came to him that she must have cast some kind of spell. That was all the reason he needed to track her down.

Perhaps he expected to travel a great distance to find a compliant, cooperative, submissive female with inferior magics. One thing was certain. He was not prepared for an aloof witch who couldn't manage to care enough about the accusation to even pretend indignation. When she laughed in his face, said, "Think what you want," and walked away, he was left standing with an open mouth and the ancient hunter's impulse to chase, the essential masculine principle, blooming to life. In his pants.

Find out why readers call this series magical, enchanting, and witching good fun. 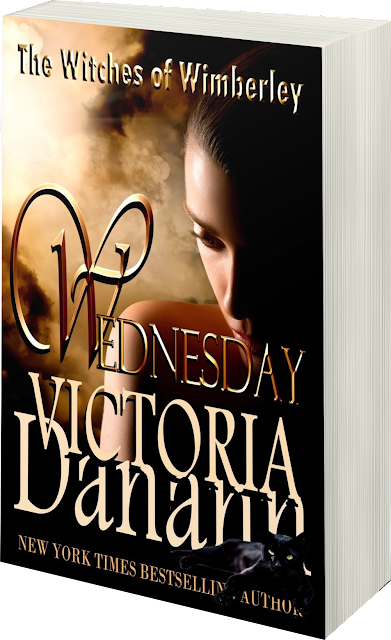 “Earth to Rally,” Aodh snapped his fingers in front of Rally’s face. They sat in a dive bar in Key West hoping the party occupying the table next to the oscillating fan would leave so they could grab it. “Even if you were looking at that little blonde who keeps finding reasons to twitch her butt back and forth, you’ve been out of your body long enough to fantasize all the way to great grandchildren.”

The glaze over Rally’s near-yellow eyes cleared as he focused on Aodh. “Hmmm? No. I wasn’t out of body. I wouldn’t do that in the middle of a bar.”

“Maybe he’s just out of it because it’s too humid for humans in this place,” said Jean Mar. “Why are we here?”

Rally had gotten one of the witches’ invitations to join them for a weekend in Wimberley. He knew about the weekends and their purpose, but had never heard of a warlock being targeted. “You talk too much, Aodh.”

Aodh laughed. “Since when? You know I’m kidding. And there’s a good chance you’re not the one. Or ones.” Aodh turned to Jean Mar. “How many do they ensnare every year?”

“One or two. I think. But watch your words if you don’t want to end up on the auction block.” Jean Mar seemed to be serious about the admonishment, which irritated Aodh. They were supposed to be having fun, preferably at Rally’s expense.

Rally looked at Jean Mar. “It’s not an auction block.”

“Oh, I know,” Jean Mar said. “Supposedly the men who get picked rave about how they wouldn’t have it any other way.”

“But they’re not us. Right?” Aodh added.

“Yeah,” Rally smiled. “But I’m not a man. Not if you mean it in the purely human sense. The sham of bachelor party just went away as your reason to exist today.”

Jean Mar looked doubtful. “Then why are you going?”

Rally’s eyes slid to Jean Mar. “For the food.”

Jean Mar shook his head. “Underestimate them at your peril.”

“They’re. Female,” Rally said as if that explained everything in the universe.

“They are,” agreed Jean Mar. He was nodding, but also not joking around. He looked over his shoulder like he was concerned the wrong person would overhear then toward Rally and spoke in a low voice. “They’re also powerful. Like us.”

Rally and Aodh stared at him for a full five beats before bursting into laughter. When that ran its course, Aodh said, “You didn’t hear me right. I said they’re female.”

“Look.” Jean Mar eyes ping ponged between his friends. “We’re not talking about who can lift the biggest shovel of horse shit. I know you’re old. Older than I am. But if you think it follows that they’re magically inferior because they’re women? Well. You’re wrong.”

Rally started to say something, but Aodh held up his hand in a gesture of, ‘Hold on. I’ve got this’.

“When and how did you become an authority on magical equality?” Aodh asked.

Jean Mar slouched back in his chair, took a drink of something spicy with rum, and looked around the room shaking his head. “You don’t really want to know what I think.”

“Alright. In a head to head contest, which to my knowledge has never been done, but if it was? They might win.”

“Okay. Tell yourselves whatever you need to.” Then Jean Mar directed a warning to Rally. “Walk into Wimberley full of piss and pride, thinking you’re a god. See what happens.”

Rally sighed deeply then turned up a bottle of Mike’s Hard Lemonade before surprising both his friends by saying. “I’ve already been there.”
“What?!” Jean Mar and Aodh said in unison. “When?!?” 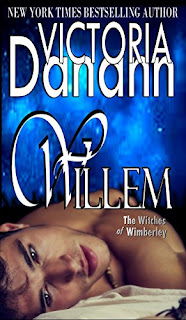 Romance that is destiny laced, fantasy infused, and dressed in a little night magic.

If he leaves, he can never come back. But is he dumb enough to get in his car and drive away anyhow?

New York Times bestselling author, Victoria Danann, begins a sizzling new series about an enclave of modern day witches who are sexy, philanthropic and living in the Texas Hill Country. They're selfless to a fault when it comes to generosity, but when it comes to the men they choose for themselves, they don't settle for anything less than the best.

"Enchanted from the very first page. I couldn't put it down!"- Night Owl Reviews 5* TOP PICK

While waiting for what would probably be his last acting audition ever, the guy standing in line behind Willem gave him a card with a phone number on it and said, "You're a good looking guy. If you're definitely quitting, try the witches."

Willem took the card for the sake of being polite. He planned to throw it away, but didn't. Crazy as it sounded, it seemed like the card was bugging him. It even kept him awake when he put it in the refrigerator.

He called the number, entered the competition and won. Winning meant getting everything he'd never even dared to dream about. 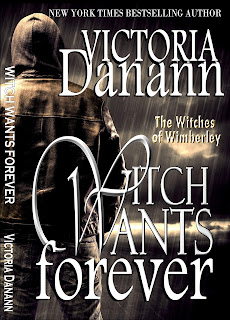 You don't know what you've got till it's gone.

Only one thing could be worse than never finding the love of your life...finding her and forgetting.

"...illustrated that love is the strongest magic of all."

Rachel can't imagine life without Dashiell Fonteneau. They were the kind of couple who believed they were destined to find each other eons before they were born.Married people, but forever lovers.

When Dash goes to Denver on a business trip that was supposed to last for three days and doesn't come home, Rachel finds herself in conflict with the colony at Wimberley over what to do.

The entire community is in complete agreement when they decide magic can't be used to bring him back. They say she'll have to learn to live without him.

"I was tense the entire time I was reading this book. It keep me riveted. I couldn't put it down."
READERS ARE SAYING: It's the perfect blend of angst, humor, and a little night magic.

Victoria co-hosts the popular ROMANCE BETWEEN THE PAGES podcast which can be found on iTunes or at → www.romancecast.com