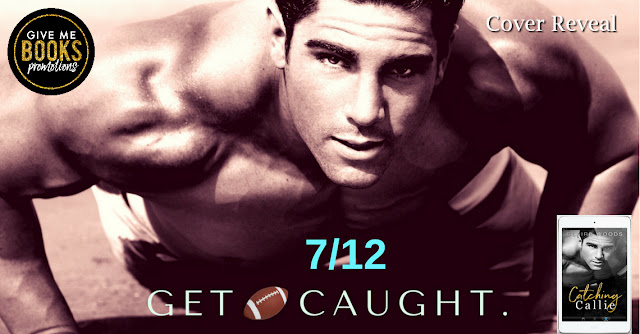 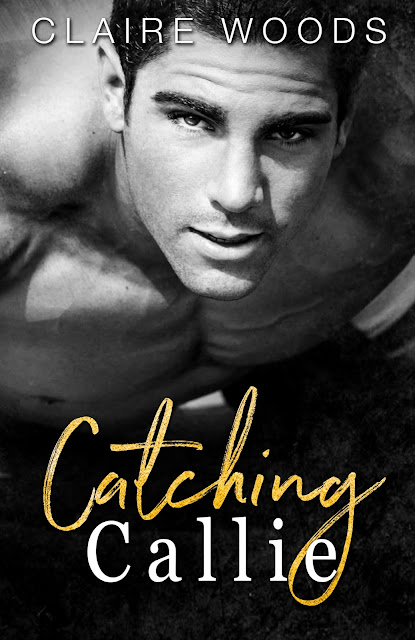 The scandal I'm caught in just made the national news, ESPN, & Sports Illustrated.

Forced to hide out in a small beach town until I can clear my name, the last thing I expected was to run into her.

First, she stole my breath, then my heart. But she wants nothing to do with me.

Even my killer smile, panty-melting grin, and cut abs aren't reeling her in.

I have six weeks to find my mystery girl, get my reputation back, and prove to her I’m not a dirty player: I’m her prince. The football field is the domain I where I rule, but her heart is the next thing I’m going to capture.

Something tells me Catching Callie is going to be the biggest win of all.

This is a standalone new adult romance. No cliffhanger, No cheating, HEA.

This is a standalone, full-length novel. 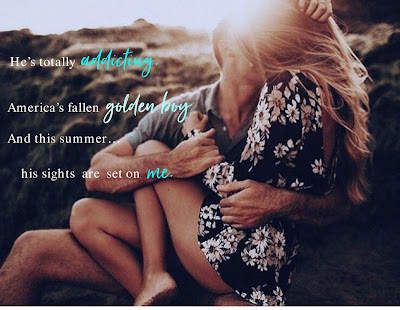 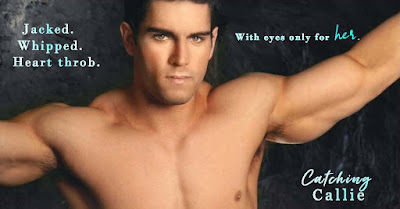 What the heck?
I almost trip on a pile of clothes. Pausing, I look in all directions. There’s no one else here. But then out in the water, under a beam of blinding moonlight, a dark head bobs.
“Crazy idiot. Sharks feed at night.” I shake my head. Looking back down, I grin recognizing the gray hoodie.
It can’t be.
Gingerly, I bend down, taking it in my hands.
It smells like him.
My breasts tingle, thighs ache.
With no one to see me, I press it to my nose and close my eyes. The fragrance industry sure knows what they’re about. My hormones are driving the bus, and I’m tempted to strip my clothes off and ride that pony swimming in the moonlight.
But I don’t.
I have a better idea instead.
Snagging the rest of his clothing, I jog away from the surf and towards the dunes covered in shadows.
“HEY!” He calls out swimming furiously towards shore.
But summer boy doesn’t know these beach paths as I do. He doesn’t stand a chance.
Especially naked.
But how could I know he’s as fast as an Olympian?
He tackles me from behind—I fall, face planted in the sand. His clothes acting as a barricade saves my face from sand scrapes.
“What the hell?” He mutters, turning me over.
“Fanny pack?”
“Um… hi?”
“Well, this is interesting.” He smiles down on me, elbows planted in the sand on either side of my body.
Oddly, I’m not afraid of being pinned down in the moonlight by this handsome stranger—until—it dawns on me he’s naked as the day he was born. Something hard rocks into the cradle between my hips causing me to gasp as he shifts his weight.
“Sorry,” he rolls to the side for a second giving me room to get up. “Fuck it. I’m not sorry.” He rolls back on top of me, tracing a finger over my stunned, parted lips. “I made a wish on a star tonight. Haven’t done that since I was ten. And here you are, showing up here like a thief in the moonlight. Technically, you are a thief. Maybe I should call the cops on you, baby?”
I can’t answer. It’s happening to me again, and I’m helpless to stop it.
I’m drowning on dry land, star gazing into his eyes as his head lowers a breath from mine. “Thank you for turning the shittiest day I ever had, into the best one,” he murmurs capturing my lips.
Instinctually, my thighs open, womb wanting to cradle his hips and invite him inside.
“So sweet,” he murmurs against my lips a second before his tongue boldly comes out to play with mine. “But you won’t be needing this.” With a smirk, he unclasps the buckle to my fanny pack tossing it next to my sneakers that dropped when he caught me. His lips never leave mine. He does this so smoothly and skillfully as if seduction is his profession.
Elliott never kissed me like this. Hell, I doubt even Jamie Dornan can kiss like this.
My hands clutch his head, nails raking through his hair as I hungrily kiss him back.
His hands come up under my shirt, never breaking our kiss. I hiss at the spot on my ribs where the pavement scraped me.
He lowers his head to inspect the marks his hands feel.
“Did I do this baby?”
My reply is a gasp as he trails a fire of kisses along my ribcage up to my breasts. He unclasps the front snap bra I put on, and my breasts spring free from confinement.
“Christ, you’re beautiful,” he moans, worshiping my breasts with his wet tongue, licking and sucking them.
He rolls back on his heels one arm around my back to lift me closer to his hungry mouth. The large palm on his other hand presses my breasts together so that he can suck both nipples at the same time.
“Oh. My. God.” My voice sounds crazy even to my ears.
I’m on fire. My clit’s swollen, my body’s primed and ready to go.
I feel his smile against my skin as he drops one hand, cupping my sex hard.
I nearly break my nose on his chin as my body jolts like it’s been struck by a live wire.
“What is it.”
“Huh?” I’m lost at sea. Hungry, weak and completely disoriented by his mad voodoo make out skills.
“You’re name, cupcake.”
My eyes lower to his dick. He’s unashamed, almost proud of it as he catches me dropping my eyes.
It’s beautiful.
I’ve never thought dicks were beautiful. Maybe I cracked my head on the concrete.
The man must be thirteen or fourteen hard inches, and he’s thick as fuck.
“It fits.”
“What?”
“My size. It’s proportionate to my body.”
My face flames. Am I really taking to the stranger who almost killed me about his dick size?
Shaking my head, I curse myself.
“Nope.
“What?”
“This is not happening,” I gesture between the two of us.
“Why not?” He whispers looking, hurt?
“Because,” I answer standing up and brushing the sand from my legs, “last time I was out here with a naked guy behind the dunes it didn’t end well.”
“Did he hurt you?” His fists clench as he stands.
“Not that way… although, I can attest that having sex on sand is not as hot as you’d think.”
He cocks an eyebrow, “Oh, fanny. We’d burn so hot—the ocean would catch fire.”
He grabs his shorts and turns around. I bite my lip. His ass is just as fine as the rest of him. Every muscle is cut, lines delineating each part.
Before I can think, I swipe his shirt and take off.
“Fanny? Are you running again?” He laughs behind me. “I don’t need to chase you when we have a habit of running into one another.”
And honestly, I’m not running from him. I’m running from myself. 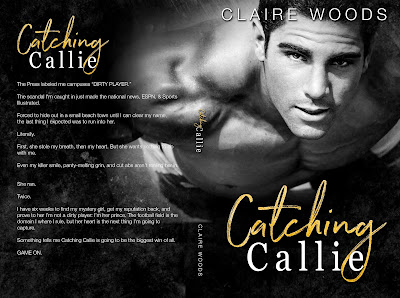 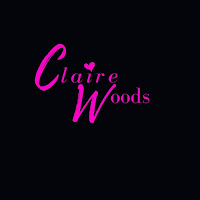 Claire Woods lives in upstate New York with her dog Ginger and a room full of books. She's horribly shy, never misses a UFC Fight, and has a horrible addiction to sushi and banana peppers (maybe even eating them together).

Books have been her means of escape. It's been a long-standing dream of Claire's to travel to Australia where she hopes to find a hot rugby player to sweep her off her feet and romance her on Bondi Beach while petting koala's and drinking champagne at midnight.  (this might be her next book)

Until then, she'll have to write her perfect man on paper while waiting for him to magically appear. 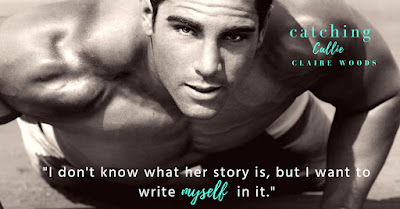