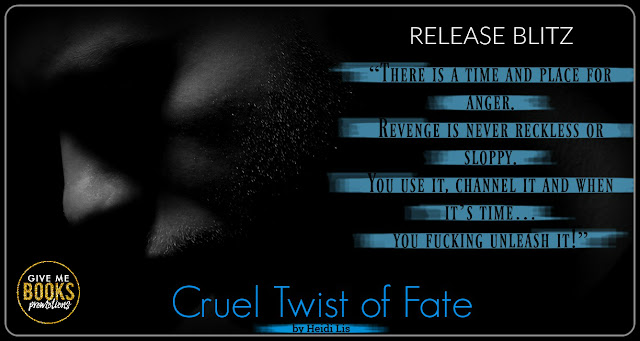 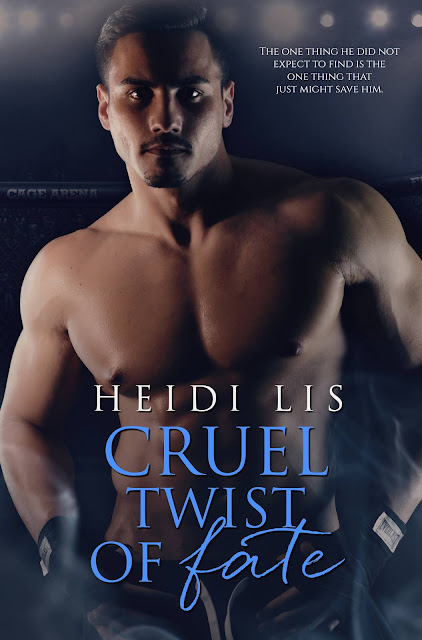 Cruel Twist of Fate is the highly anticipated explosive conclusion of the Fate Series!
When tragedy strikes and reveals something far more sinister than can ever be imagined, it turns into a dangerous game of life and death.

I’ve heard the stories.
I’ve read the stories too.
Now it’s time to continue the story.
For eighteen years, I’ve lived under the shadow of a man I’ve never met.
My father, Dominic Santos.
The reason? He died before I was born. Murdered in cold blood.
I’m a fighter by nature, a survivor.
But even that can’t stop the voices in my head or the beast that lives inside of me.
Fighting is the only thing that keeps me sane,
but fighting alone can’t stop what haunts me most.
And that’s knowing that not all monsters live under beds or lurk in the dark.
Sometimes, they come after you.
They conceal themselves by hiding in plain sight.
They pretend to care, but secretly despise the very air you breathe.
A monster so blinded by hate, can’t see his fatal flaw until it’s too late.
Not realizing the only thing that can kill a monster… is a beast!

How do you defeat a monster without becoming one?

**
The worst kind of hatred is one you can’t let go of.
After years of waiting, the time has finally come.
Declan may think he’s untouchable, being undefeated in Windy City Underground, but he’s never faced a fight like the one I’m bringing. Little does he know his whole world is about to collapse around him.
He’s about to suffer like I have.
He doesn’t know it yet, but I found his greatest weakness,
and I’ll use it to destroy him.
The sweet taste of revenge will finally be mine!
**

Cruel Twist of Fate is a New Adult Romance Thriller with a sports theme (MMA). 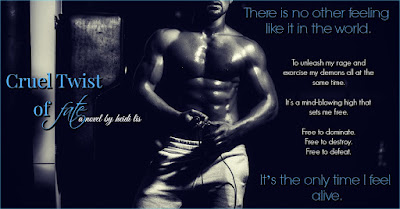 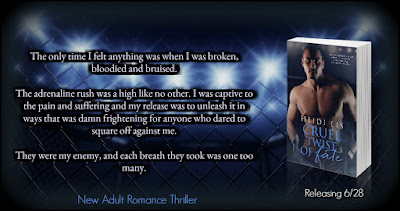 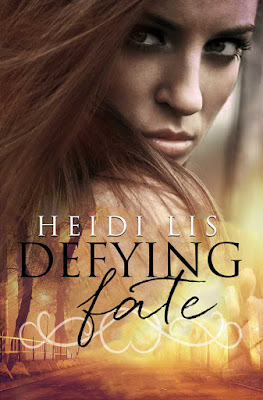 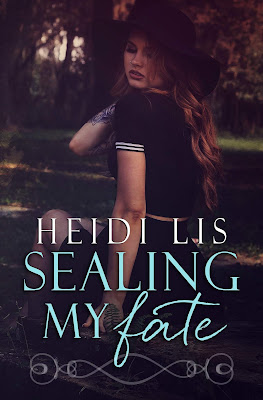 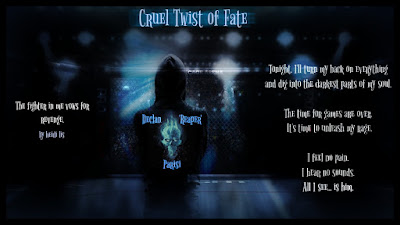 Heidi grew up in the Midwest, but currently resides with her husband and four children in the Pacific Northwest. Heidi most enjoys spending time outdoors with her family. Between raising her children and obsessing over her favorite reads, she has let the storyteller within herself come to life. With the love and support of her family, she is following her dream while teaching her children how important it is to follow theirs. She prides herself in believing that anything is possible, the first step is believing in yourself. Heidi’s passionate and loving style in which she lives her life comes through in her writing. Her heart has led her down the genre path of a contemporary and suspense romance writer, but she has plans to extend her vision into other genres as well.