Please note: This series deals many teenage issues. This particular book touches on kidnapping, rape, physical abuse, and eating disorders. JJ doesn't go into physical and descriptive aspects of these issues but uses the issues to allow the story to move forward.

Ben Croft and Adella Johnson come from two different worlds. Ben's a high school football star who likes the party girls. Adella is autistic and prefers the majesty of the horses she works with to the social awkwardness created by teen boys.

But for Ben, there's just something about the unpretentious, pretty blonde. So, when his usual charms don't work on her, he drops the act and gets real. They form a quick and powerful bond.

It seems almost from the beginning that the world is working hard to shred everything that ties them together. And it just might succeed when each is faced with a future they never saw coming. 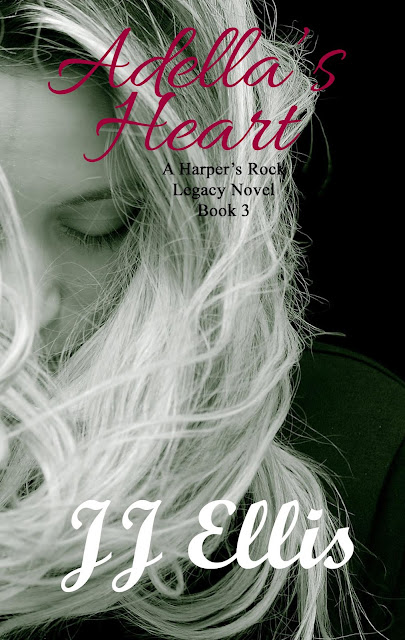 Little did he know that the first time he saw her that day, his world would fall away beneath him. It started with the neigh of a horse, the sweet smell of hay, and a laugh so full of joy it made his heart ache. His eyes scanned the landscape settling on the fence beyond the trees. Adella, standing next to Misty, with her head thrown back in laughter was like nothing he’d ever witnessed before; beauty, life, joy, everything pure in the world stood before him in the girl he wanted so much. As the Wyoming wind tossed her hair about, Ben was finally able to move forward again. But for the first time in his life speech escaped him.

“Ben!” Addie squealed when she saw him approach. “I’m so glad you made it.”

“Uh hi.” He stared at her like he was seeing beauty for the first time.

“We’re going to train Misty some more today. Is that okay.”

Ben looked down at the ground. “What…how…uh…”

Addie looked at him, her expression puzzled. “Oh no! You caught my autism!”

There was a silent beat then both teens laughed breaking the tension. Misty joined in with a loud neigh and a nudge to Adella’s side.

When the laughter finally died down, Ben kissed Adella’s cheek and took Misty’s reins. “What do I do first, boss?”

At what point will defining Riley become a matter of life or death? Is a legacy left by someone he's never met the only thing that can save him from himself?

Riley Johnson has always carried one label or another. He's the ranch kid, the bully, the jock, the closeted bisexual, the wild kid, the son of the town drunk. But these are all labels placed on him by others. Who is Riley Johnson really, in his own eyes?

Starting with the death of someone he loves, Riley's world beings to fall apart. As he tries to keep his head above water, he's faced with a choice. He can live down to the labels and be the Riley everyone believes him to be or he can search within himself and the hearts of those who care about him to find out who he really is and who he will someday become.