Hell Ryders MC officer Bryce “Ripper” Knight never knew love until he met Em. Then she disappeared and he was lost. Now, years later, her cousin—a rival club leader—needs him to find her before his enemies do. Ripper has no choice but to protect her, but he’ll be damned if he lets her under his skin again. One look, though, and he can’t deny she still sets him aflame.

Leaving Ripper almost destroyed Emelia “Em” Kenna, but in the midst of a bloody club war, she couldn’t choose between the two men she loved most or raise the child growing inside her with a man who didn’t want to be a father. Suddenly, Ripper is back in her life, and she’s riddled with guilt over the secrets she’s kept. Everything’s changed except two things—the reason she left and the fire he ignites. 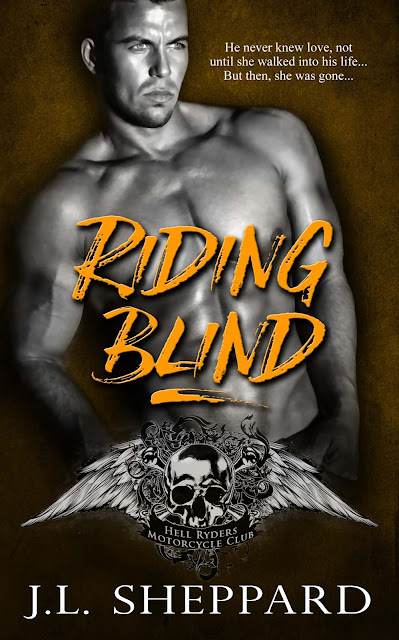 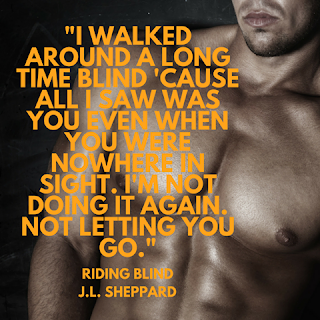 His gaze locked with hers, and because a part of him swore she’d be gone, he held it for longer than he cared to admit. Finally, he tore his eyes away. He couldn’t help it, so he trailed them from top to bottom. She wore a black tee with the word “Harley” written in freehand cursive across the chest.

He knew that tee. Not much different than most of his tees, black and it read, “Harley,” but it’d been his favorite because all those years ago, she wore it to bed.

The first time he had her, she found it on the floor and put it on. From that night on, she slept with him in that tee. The only nights she didn’t wear it to bed, the nights he dealt with club business, and she went to bed without him. On those nights, he stole it back and wore it laced with her scent, so with every breath he took, he’d smell her. After she left, he realized he did it because she wasn’t around and he wanted her to be.

When she left, she took everything with her, like she’d been trying to erase the memory of her from him. She was gone, and he didn’t know why, and he didn’t want her to be. He needed something, anything. He thought he had at least that shirt, so he looked everywhere, tearing his room apart, but he never found it, and now he knew why.

She took his favorite tee. She stole it and left... 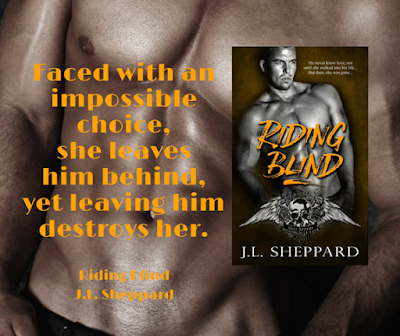 When the perfect life Alyssa Holden planned turns out to be a life of lies, she runs to her brother, the only person she can trust. She has no idea she’s running straight into a world of badass bikers who live and ride by their own rules. One tatted rebel in particular calls to her wilder side, and while everything in her draws her toward him, every experience she’s had with men warns her away.

Jace Warren is doing what he’s done his whole life—trying to survive, making the best with what he’d been given. The only life that makes sense after the military is Hell Ryder’s Motorcycle Club, but the sweet innocence of his army buddy's sister promises a different life, one a man like him can only dream of. Problem is, being his MC brother’s sister puts her off limits. Hard as it is, he keeps his distance. Then she kisses him, and all bets are off.

Thomas “Cuss” Layne has never wanted for anything, except the beautiful girl he saved so long ago. But she’s a rich girl, and he’s a biker. For years, he hasn’t had a glimpse of her. Still, he's never been able to get her out of his mind. When her life’s in danger, he rides to her rescue once again. This time, he’s determined to do what he should’ve done long ago—make her his, in every possible way.

Tiffany Hamilton has never gotten over the bad boy with the sapphire eyes and midnight hair, the boy who once saved her. She wants him—a touch, a taste—but he’s never wanted anything to do with her. It’s past time to move on. When the sexy biker barges back into her life, saving her yet again and making demands, he makes it impossible to say no to his raw magnetism. She’ll finally have everything she’s dreamed of…but will it be enough?

J.L. Sheppard was born and raised in South Florida where she still lives with her husband and son.

As a child, her greatest aspiration was to become a writer. She read often, kept a journal and wrote countless poems. She attended Florida International University and graduated in 2008 with a Bachelors in Communications. During her senior year, she interned at NBC Miami, WTVJ. Following the internship, she was hired and worked in the News Department for three years.
It wasn’t until 2011 that she set her heart and mind into writing her first completed novel, Demon King’s Desire, which was published in January of 2013. 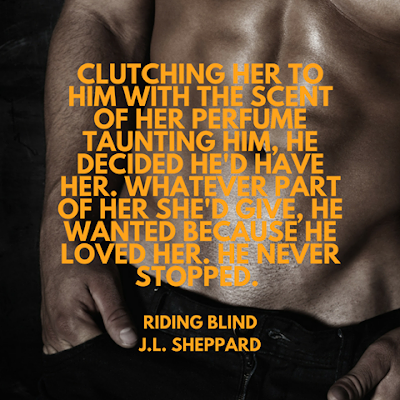