Without Apology by Aubrey Bondurant 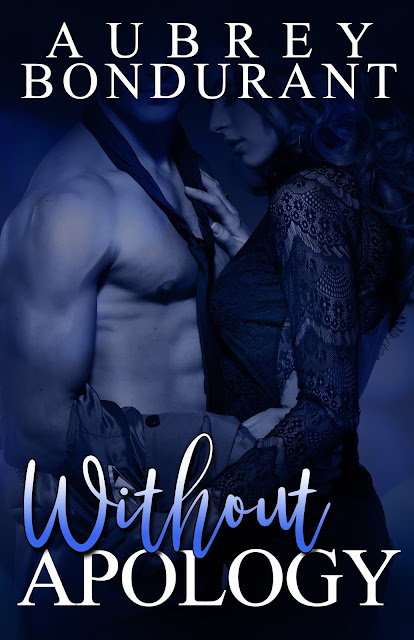 He’s neat, always on time, and a professed workaholic. I’m messy, always running late, and looking for more from life than just my job.

Yet our mutual attraction is undeniable.

The last thing I expected after our first date was to have Simon show up at my office. The charming and funny guy I'd met was now gone, replaced by the cold and calculating man in an impeccable suit. While my professional future is now in his hands, I can’t stop thinking about how his hands would feel on my body.

Whatever had started between us can't possibly happen now, but that’s easier said than done. Because the more I try not to think of his sexy smirk or
delicious accent, the harder it is to stay away. And if our forbidden office kiss is any indication, his resolve is slipping too.

I've sworn I'd never fall for a man who puts his job first.
Too bad my heart isn't listening.

***Without Apology is for mature audiences due to steamy bedroom scenes that are in no way contained to just the bedroom.*** 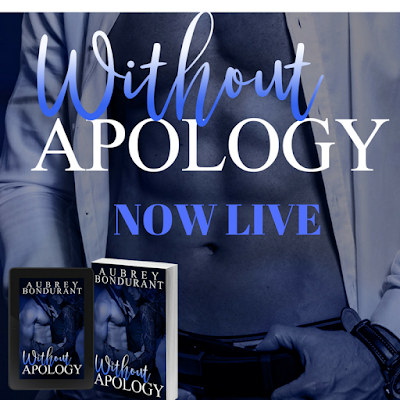 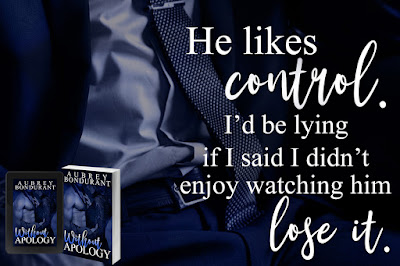 As I unloaded my full carry basket onto the belt, I couldn’t help noticing the man in front me who was wearing a charcoal gray suit. He was attractive, but what instantly perked up my ears was his British accent. That wasn’t something one often heard in this suburban town outside of Dallas, Texas.
He was talking to the elderly cashier, who I knew as Laverne, about lacking the identification necessary to buy the bottle of champagne she was holding in her hand.
“You have my word I’m over the legal drinking age, whatever that may be here in Texas.”
Laverne adjusted her thick glasses and shook her head. “Unless you have some sort of identification proving it, honey, I can’t sell it to you.”
He searched the inside pocket of his suit. “Unfortunately, my passport is back in my hotel room. Is there any chance you could give me the bottle now, and I could return tomorrow with my ID?”
Nice try, I thought, but then realized the words had inadvertently slipped out loud. When his ice-blue eyes focused on me, my body immediately responded. Because the eyes were only part of what made up his gorgeous face, now turned in my direction.
Damn, David Gandy had nothing on his younger version, for sure. The man’s mouth turned up in a slight smile towards me before he sighed at Laverne, seemingly recognizing that her cataracts and sour expression made any use of his charms a wasted effort.
Taking pity, I stepped up. “Hey, Laverne, how about I pay for the bottle? I have my ID if you need it.”
She hesitated and then glared when Brexy, my new mingled word for British and sexy, pulled out his wallet, probably to front me the money.
“You keep your wallet and your cash where it is, honey. What you two do in private ain’t none of my business, but don’t be doing it in front of me. Rules are rules.”
Brexy and I exchanged arched brows at Laverne’s suggestive way of putting it, but he stowed his wallet and said, “Understood. I promise to, uh, finish this transaction in private.”
Now he was smirking. The expression suited his handsome features very well. I had to bite my lip to keep from laughing out loud.
“Good.”
As Laverne scanned my items, she started chatting. “Making snickerdoodles with the girls tonight?” She directed the question towards me.
“Yes. Sure am.” I noticed the man’s gaze flick over to my left hand. Subtle he was not. Then again, neither was I. “My three nieces,” I offered, feeling like an idiot for needing to clarify that point.
“You don’t need her identification, I take it?” he inquired, making room for me to slide my credit card at the terminal in front of us.
Laverne tsked “I’ve known Peyton here for nearly the twenty-nine years she’s been on this earth, so I’m quite aware of her age without needing proper identification.” She handed me the receipt after bagging everything and added, “She’s also quite single.”
And with that, she was moving on to the next customer.
I shook my head over her use of the word ‘quite’ in front of single. Because ‘single’ wasn’t enough, she had to add the word ‘quite,’ making it sound as if I couldn’t possibly be more single.
Small towns. Gotta love ‘em. 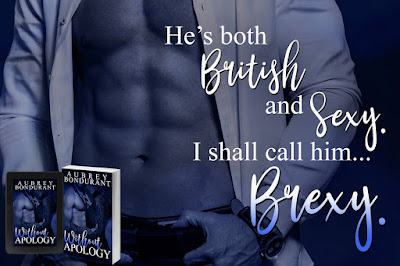 Aubrey Bondurant is a working mom who loves to write, read and travel.

When Aubrey isn't working her day job, or spending time with her family, she's on her laptop typing away on her next story. She only wishes there were more hours of the day!

She's a former member of the US Marine Corps and passionate about veteran charities and giving back to the community. She loves a big drooly dog, a fantastic margarita, and football. 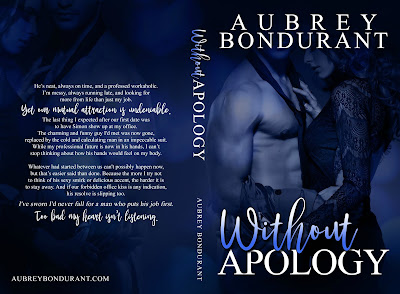