The Spy Ring by Elizabeth Lynx 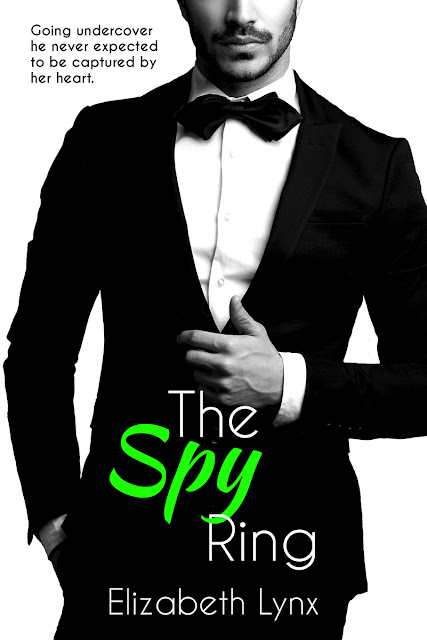 What happened in Vegas didn’t always stay in Vegas.

Tiffany Blackburn couldn’t believe what occurred during her recent vacation in Vegas. The careful, single mom decided to let loose and took a risk for once, allowing a man to buy her a whiskey sour. Regretting it the moment she woke up alone in a stranger’s bed the next day. Naked. It only got worse, when she tried to sneak out and discovered something he left on the table. His wedding ring.

Jagger Chance never failed to deliver when he was working undercover as a spy for the government. Women found him sexy and mysterious, which the loner preferred. He was happy to take risks bringing down notorious criminals but never with his heart. Until one night in Vegas, after a lot of drinks and a beautiful woman too sweet to resist, suddenly risking his heart to say ‘I do’ didn’t seem like a bad idea. 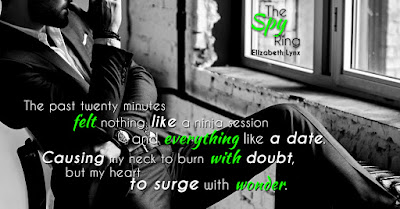 Only available at the following retailers until April 9 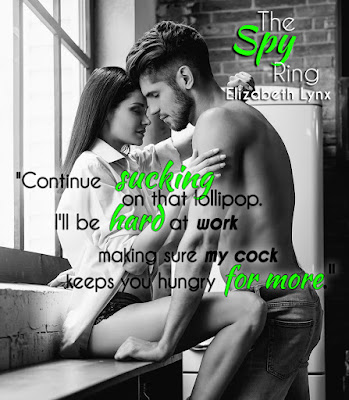 My phone lit up next to me on the couch and I grabbed it, answering in a rush.
“David, what’s wrong?” My heart raced so fast I thought it might explode out of my chest.
“Uh, is this Tiffany?” a man’s voice I didn’t recognize responded.
“Yes, who is this?”
“I have a Jagger here who needs to speak to you. Hold one second.”
My heart, which had settled down the moment I realized David wasn’t on the phone, began to pick up the pace again. Why would Jagger be calling me? He made it clear he wanted nothing to do with us on Saturday.
I made sure to keep that information from David until the next day. I wanted him to enjoy his birthday. He was hurt but loved the Ninja Boy comics Jagger bought him for his birthday gift.
As for me, I cried a bit. Like a dork, I put the candy bracelet he got me under my pillow. It kept making weird crunching noises when I moved so I ended up cradling it next to my chest. Succumbing to the sugary smell, I chewed half of it. I fell asleep with bits of candy stuck to my lips and chin. When I woke in the morning, I realized it was too tempting having the thing in my bed.
It now sits on my dresser like a broken dream.
There were loud scraping noises and a boom before I heard Jagger’s voice.
“I got it, Benson. I got it.” There was a pause before he started to speak again, “It’s not Benson, then what’s your name? Leo? I’ve been calling you Benson the whole time!”
Jagger started to laugh. I wondered if he realized I was still on the phone.
“Jagger?” I said.
“Tiffany! Oh, sweet Tiffany. It’s so good to hear your voice.”
“Nice to hear from you. Is there something you needed?”
“You. I need to tell you something. But not here. This place is too grimy,” Jagger said and I heard some yelling in the background. “Sorry, Benson. Right, I mean Leo.”
This back and forth had to stop. It was hard to say goodbye to him. I admit the warmth in my body upon hearing his voice made me a little eager but was this just another goodbye? Did he need to have me sign another document only to walk away again?
“I’m coming over,” Jagger said.
“That’s really not necessary. Can’t you—”
He hung up.
I stood and went into the bathroom, inspecting my appearance. Running my fingers through my hair, I wondered if I should put it up. Maybe a little makeup or a skirt?
Leaning my hands on the gray marble countertop, I sighed. What was I doing? Jagger’s job was everything to him. It was selfish to expect him to risk so much for me.
The buzzer went off.
“Wow, that was quick,” I mumbled to myself.
I did one last once-over before leaving the bathroom and headed to the front door. Pressing the call button, I said, “Hello?”
“Sweet Tiffany.” I heard Jagger with clarity and trepidation.
Buzzing him inside the building, I waited. My hands fumbled with my fingers. My hair chose that moment to settle stray strands onto my cheek, then my nose, and every second I was pushing away another ticklish wisp.
I needed to do something so I went to my cabinet of delight in the kitchen and grabbed a lollipop. It was cherry and I could barely taste it thanks to my nerves.
Finally, there came a knock on my door.
Taking a deep breath and a hard suck, I made my way to the door and opened it. Jagger stood there, with his hands bracing the doorframe and his head hanging forward. When he lifted it, I noticed the normally disheveled brown hair was in even more disarray.
Even his red T-shirt had stains on it. There was a laziness to his eyes and when he let go of the doorframe, he stumbled forward, into me.
“Sorry. I’m sorry,” Jagger said as he clumsily worked himself out of our embrace.
That’s when I smelled him.
“Are you drunk?” I asked.
He stood straight, but swayed. He brought his finger and thumb together in front of us to pinch the air. “A lot. I’m a whole lotta drunk.”
Wonderful. Now I have to deal with a drunk man in my home. 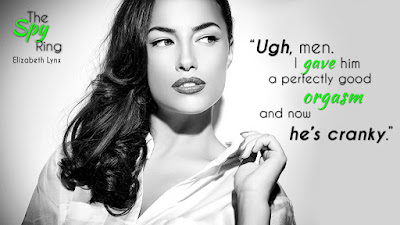 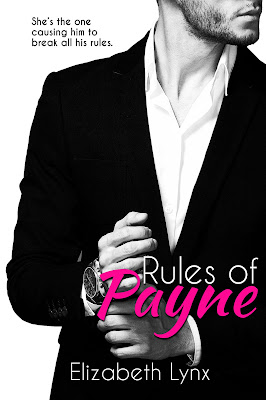 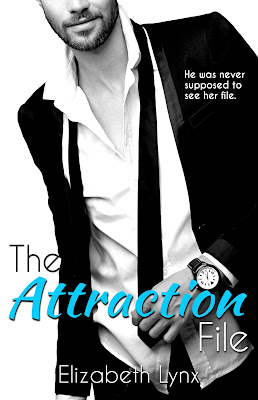 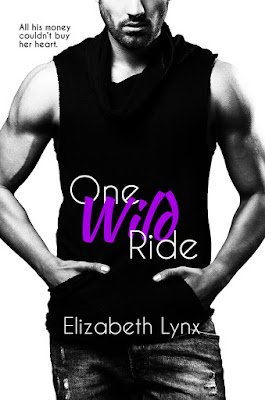 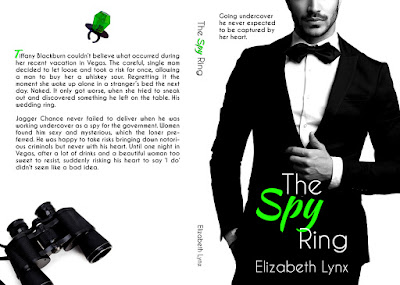 Elizabeth Lynx writes romantic comedy with steam. She's a recovering comedian. Wife and mother of the male species. Believer in love & laughter. Her life consists of preventing small catastrophes and wondering if a day will exist when she doesn't have to fold laundry. 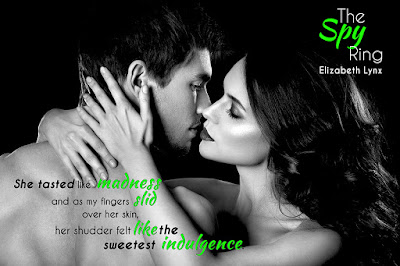