Sin with Me by JA Huss & Johnathan McClain 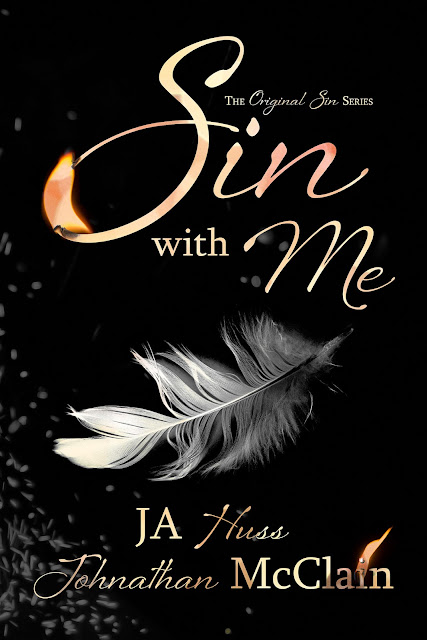 Sin with Me is the first book in a four-book contemporary romance series by New York Times bestselling author, JA Huss, and veteran actor and writer, Johnathan McClain. Each full-length novel will release three weeks apart starting on March 6, 2018.

Two broken people in a city fueled by sin.

Maddie isn’t looking to be saved. She knows the only person you can count on is yourself. Her moral compass might not point true North these days—but at least she’s still standing.

The military taught Tyler about loyalty. Being there for your brothers is the only thing that matters—but when it mattered most, he wasn’t.

She’s got a ticket straight to Hell. He’s already been there and back.
She needs to win. He just needs to stop fighting.

Some sins scar your soul so deeply, you'll never be the same.
But this Devil in disguise might just be the angel he needs to forgive himself. 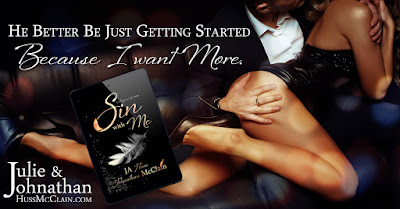 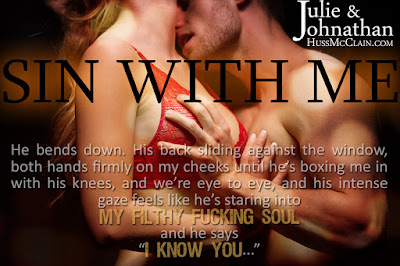 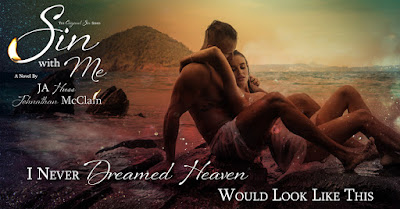 TYLER
“Oh, shit!” I cry out.
He is not just entering me, or fucking me, or anything as common as that. He is penetrating me. In every sense of the word. I have never in my life—not once—cried during sex, but I can feel the tears starting to well up behind my eyes. And I have no earthly idea why.
He must be able to tell because he asks, “Am I hurting you?”
I shake my head, willing the tears not to fall. He withdraws from inside me.
“Where are you going?” I ask.
He stands up—he is an impressive sight. He looks like Michelangelo’s David. But if David had fought his way through some kind of battle and emerged from it painted by the fury of the fight.
“Come here,” he says as he reaches for my hand and draws me up to stand with him. Naked and exposed, we both look at each other in the warm light of this nearly empty apartment, with the frivolous concerns of the rest of the world carrying on beyond his massive windows, unaware that we are here. And I feel vulnerable.
I think he feels it too because now he takes me by the hand and leads me over to the kitchen area, which is a little darker, a little more hidden. When we land there, he picks me up around the waist and plops me onto his kitchen island. “Ah! It’s cold,” I let out.
“It’ll warm up in a second,” he says and winks. He opens a drawer and I glance down to note that inside there are only restaurant menus, some extra chopsticks still in their paper wrappers, and an assortment of condoms.
“We ordering in?” I ask. He ignores me and rips open the wrapper on one of the condoms.
“I want to be inside you when I come. Not that coming on your ass wasn’t one of life’s great joys, but, y’know, been there, done that.” He winks again. Fuck, he’s hot. Scraggly beard and all. Although I’m suddenly trying to imagine what it’d be like if he shaved. What the face that’s hiding under that mess of hair might look like.
But instead, I follow up my previous question with, “And you keep them in the kitchen because…?”
“I keep ’em everywhere,” he says, unrolling the latex and sliding it on his still-hard cock. “Never know when the delivery boy might be up for a little somethin’-somethin’.”
I rub my foot up the inside of his thigh. “Mmm. It gets a girl so hot when guys talk about fucking delivery boys.” He smiles. I get the sense that he gets off on it when I talk shit to him. Which is fine by me, because I love talking shit. So…
“Now fuck me like I’m the pizza guy,” I say. 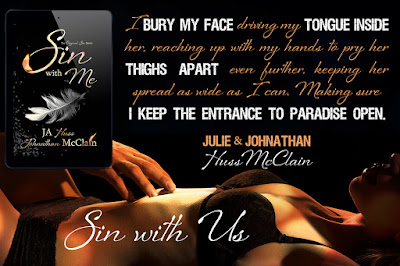 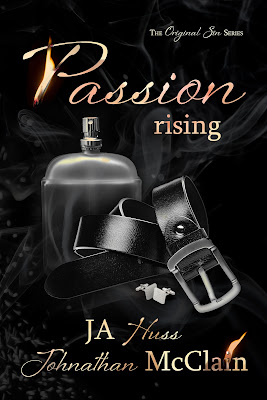 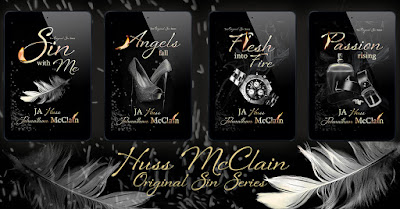 Two accomplished writers come together to create unforgettable sexy romance. JA Huss is the New York Times bestselling author of 321 and has been on the USA Today bestsellers list eighteen times. Johnathan McClain is a veteran actor and writer whose work, either performed or written, is probably airing on at least one of the channels on your television right now. Find us at www.hussmcclain.com