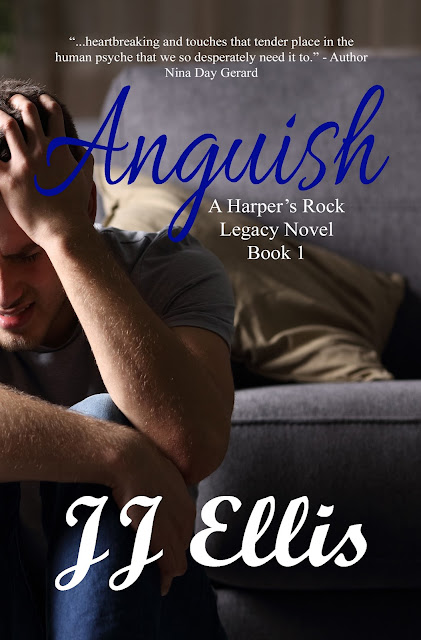 “So, Benjamin Harper has anyone told you that you have a mighty fine ass?”

Ben snorted a laugh and kept on moving with his boyfriend’s laughter trailing behind. He paused when he reached the top of the hill and waited for JC. “Hold my hand as we go into the clearing.” They both stepped up and through the trees. An outdoor table and chairs sat before them. “Now look to your right.”

JC turned slowly in the direction Ben advised and his breath caught. The lake lay sprawled out before them with no barriers of trees or buildings, just shining water and the opposite shore covered in pine trees capped with snow. “Now I understand why you like it up here. This place is amazing.”

“I know,” Ben murmured. “In the summer I bring a book or my sketchpad up here, and somehow find the strength to deal with whatever problem I’m having. And in the winter, I bundle up and come up here to experience the extra quiet of the snow covered earth. And if I’m sad, I cry and let the tears freeze on my cheek. It reminds me that I’m alive.”

JC stood silent for a moment trying to absorb everything his boyfriend said. And then it clicked. “Wait, you…you don’t feel alive sometimes?”

“No, I don’t. I feel…I don’t know, emotionless I guess. Without purpose. I have never been able to see a future for myself. Oh, I can list what I want to happen in the future but I can’t see it or grasp it.”

“You never told anybody,” JC realized suddenly. “Why?”