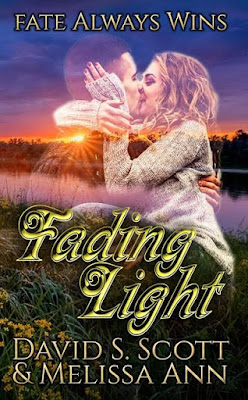 Any author can tell you strong emotion breeds new characters… and once born, they must tell their story. So what if I want to drink myself into oblivion? They don’t care, and it’s like my fingers have a mind of their own.

Jesse and Brooklyn are soulmates, bound by fate to be together. They know it. They can feel it, can see it in each other’s eyes. They may have missed their first shot together, but it doesn’t matter now. They’ll find their happily ever after… as long as their pasts and futures don’t collide in horrible and unpredictable ways.

Fate brought them together, and it made them cross paths once again. It’s futile to resist. That is… if fate is even real.

Do you believe in fate?
FADING LIGHT BUY LINK

Fall brought cooler weather, and with it, nature’s kaleidoscope of colors. The trees shed their greenery and displayed glorious shades of red, yellow, and orange. You could almost taste the pumpkin spice in the air. It had always been my favorite time of the year, but now I found myself resenting the cooler weather. The change in seasons meant Jesse had to work more for his landscaping job, clearing away fallen branches and leaves before they became hazards for drivers and pedestrians alike. I missed him during the long hours he was away. I tried to make the best of it, though.

Our very active sex life was great inspiration for the hot scenes in my book. We were compatible in the bedroom in so many ways. Neither of us ever shied away from trying new things in bed, and it was fun vying for who would take control. Each time we were together, it was a new experience, an adventure. Finding my sexual equal was both refreshing and liberating.

“I’m under your spell. I don’t know what you’ve done to me, but I just can’t stay away from you.” His words spoke directly to my heart. Butterflies fluttered in my stomach; something I hadn’t felt since I was a teenager. Things with Jesse felt like they were perfect, almost too good to be true. I was a little afraid to pinch myself for fear I’d wake up and find it had all been a dream. I knew I had a history of falling in love too quickly, though, so I was a little afraid of letting myself really relax and let him in. After everything I’d been through, what if I ended up jinxing things?

“If there’s magic involved, I’m consumed by it, too. I feel the exact same way.” Every waking minute, it seemed, my thoughts were on him. I’d remember how I felt when he’d hold me, when he kissed me. When I was alone, my thoughts traveled to his gentle touches and caresses when we’d make love. When we were apart, time couldn’t seem to move fast enough until we could be back in each other’s arms, and that thought was terrifying. I loved and I feared my body and mind’s reactions to him. He made me vulnerable. He made me hope. We were headed for the kind of love you only see in romance novels, but I knew I was giving him the power to crush me if he chose. Love was always a risk, but the reward was worth it if you found the right one. I’d just never dared to dream that it could happen to me.

“When I get off work, I want to take you somewhere.”

“Hmm… well, I could tell you, but I think it would be more fun to surprise you.”

I stuck my lower lip out, though I knew he couldn’t see it over the phone. “Come on! You have all this work stuff keeping you busy all day, but now I won’t be able to write because I’ll be crazy with curiosity.”

“You know, you’re adorable when you pout.” I could hear his smile through the phone. “Bring a sweater. I have to go, Babe. See you soon.”
FADING LIGHT BUY LINK 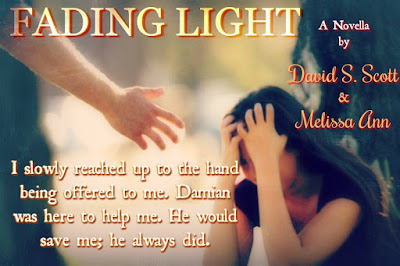 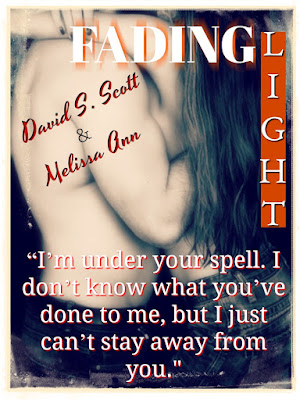 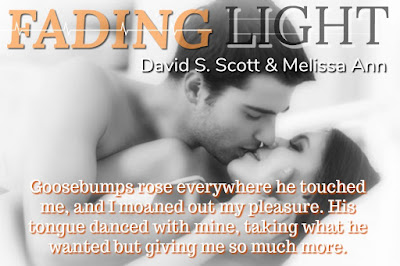 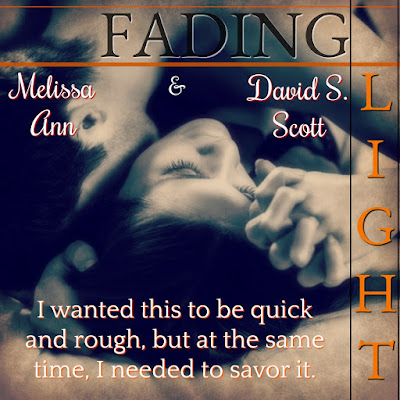 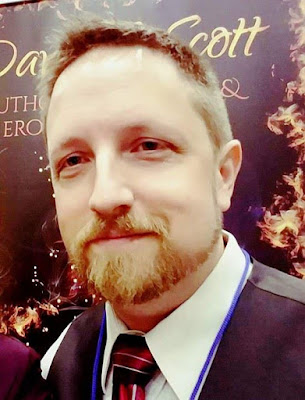 PUBLIC SIGNINGS:
To pre-order your signed books for a signing 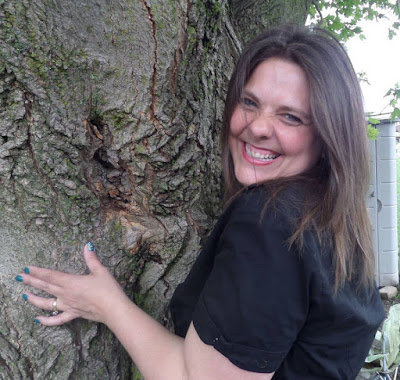 Melissa lives in the Great White North in her spacious igloo with her two daughters, one of which is a mermaid, the other a unicorn. When she is not writing, she is riding her moose and wrestling with her polar bear. Due to the demand of her books, she was forced to train her hamsters to guard her home, as she typed out what the crazy voices in her head demanded.

She's an avid supporter of World Wildlife Fund and makes an effort to involve herself as well as her family in fundraising campaigns for various charities. Melissa has an Employment Counsellor Diploma from Fleming College, but she prefers writing stories over resumes.

Presently she has eleven books published in a variety of genres, which include Poetry, and Historical and Contemporary Romance. 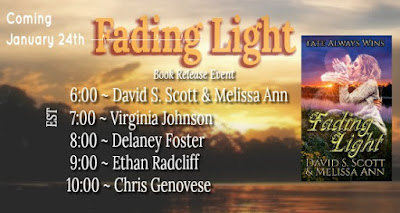 Please join us as we celebrate our book release!!
FADING LIGHT EVENT LINK