THE LAST BREATH by Leigh Lennon

THE LAST BREATH
The Breathless series, book 1
by Leigh Lennon 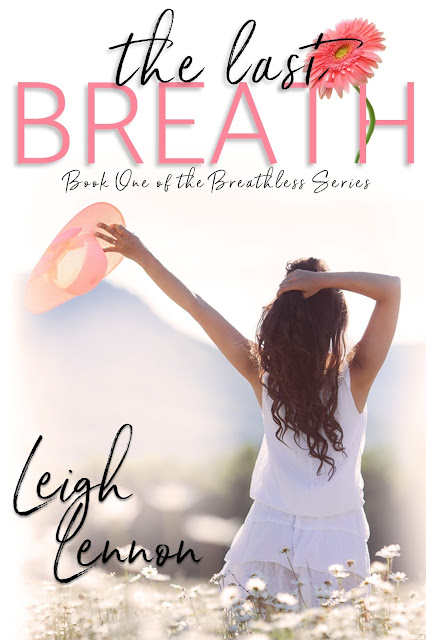 Loss is not foreign to Julia Barnett. To the outside world she is the epitome of the perfect mom. That is, until the doors of her impeccable life are closed and reality hits her square in the face. Once the leading lady in her own epic love story, she can only look back at what used to be. With an absent husband, an intrusive father, a troubled child, and an ex-fiancé that is still tied to her life, it’s no wonder Julia is grasping for air in her chaotic world.

The bruises that Julia lives with are invisible to those closest to her. She lost so much early in life, more than most could survive. Now, she grapples with resentment towards her husband because of all the empty promises he’s made. In the midst of this turmoil, test results reveal an illness she is not sure she will survive.

For Julia, it is not her life that may be cut short that consumes her, but how her family will endure without her there. As everyone rallies around Julia while she fights like hell to live, she learns that family, along with love, comes in many shapes and sizes. It is her family that gives her the strength to fight the biggest battle of her life; one she doesn’t want to lose. 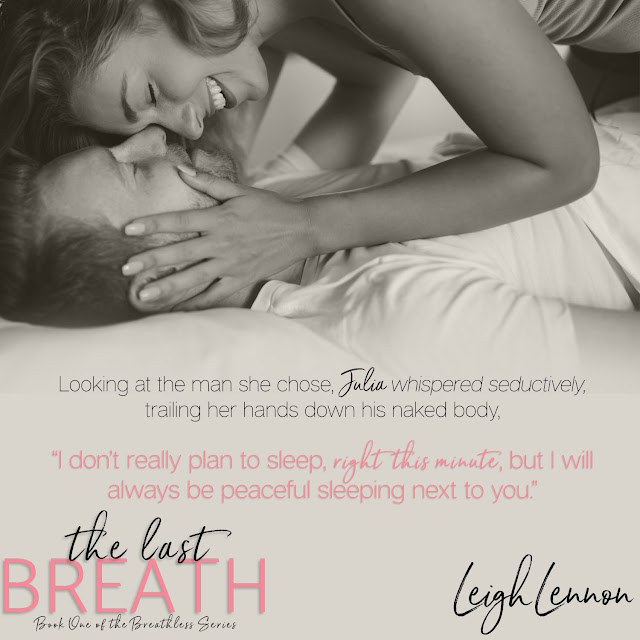 Joe Barnett was a quiet man, but he felt as if the weight of the world rested on his shoulders. He’d do anything for his parents, and he had actually done everything within his control up to this point. It was just not enough. His dreams were slipping away because being an architect was his calling in life. Though as big as those dreams were, taking care of his parents was more important to him than anything else.

Deciding to take a quick dinner break, he started to dig into a burger at his favorite watering hole. Though tonight, with work piling up, all he could have was water. No beer for him. He noticed a very attractive girl at the bar but was caught up in a soccer game and missed his opportunity. Well, he wanted more of a conversation with the pretty girl than to ask her to pass a condiment. Wanting to kick himself, he instead turned to her at a commercial break and tried to correct his rudeness with an apology. The girl was quick to smile and accepted it as he made a small joke at the expense of his sodium intake.

She immediately said, “Oh, that’s ok. I know how men are with their games. My best friend, well minus the guy thing, is just like that. You play soccer, then?” Her dark eyes were inquisitive but sad. That was something Joe knew about.

“I used to, in high school and some in college.” He looked down at her beer, “Very few girls know how good dark beer is.”

“I know right, this is the only kind of beer I can drink. My dad started me out young I guess.” She smiled. “What about you? Aren’t you a beer drinker?”

He replied, “Normally, yes, but I just stopped by tonight for a quick bite to eat. I have some work I’ve got to get done. Beer just doesn’t mix with that.”

“Oh, I get that!” The girl said. Her meek smile was enticing, and Joe needed a way to insert himself into a conversation that would go somewhere with this beautiful young woman.

“So, you just come to Irish bars and drink dark beer by yourself?” He asked trying not to look her up and down, though she was worthy of being admired. He surmised she had to be at least twenty-one by the fact she’d been drinking but didn’t look much older. They were close in age to Joe being twenty-three.

The young woman responded, “No actually I’m taking a large class load this semester, and my best friend dragged me out tonight claiming that I need some sort of break.”

“You come here often? I’m here twice a week and have never seen you.” Joe asked.

“I’ve not been here in a long time. My dad is a good friend with the owner and we’d come here for dinner every Friday night. But I was at ECU for almost two years and just transferred to Wake last semester.”

He looked at her then smiled, “You are a Demon Deacon, I’m sorry.” He said with a wink.

“Well, what ACC team did you play for then, since your allegiance lies with somewhere else?” If he didn’t know any better, he would have thought her tone was almost borderline frisky and coy.

“I was at NC State. I played soccer but wasn’t able to graduate. My dad needed help running the family business, so I came home. But I wouldn’t have it any other way.”

Joe didn’t elaborate why his dad needed him; not wanting to burden the cute girl with his problems. “Why did you transfer colleges?” He asked, changing the subject quickly from himself.
“It’s a long story.” She quickly answered.

“What do you mean, you see?” She asked with a snicker.

“All long stories like that normally follow with some tragedy concerning a guy.” He could only smirk at his own words. This was fun, he was actually having fun.

She could only laugh, “Well, ok smarty pants! You think you’re so smart.”

“Where did your friend go? The friend you claim came with you?” He asked with an even more flirtatious tone in his voice. He’d been having a free-flowing conversation with this girl that he didn't want to end. Her eyes were infectious and he couldn't look away from them.

“That is a good question. She was going to call her boyfriend. Probably got wrapped up in a conversation.” 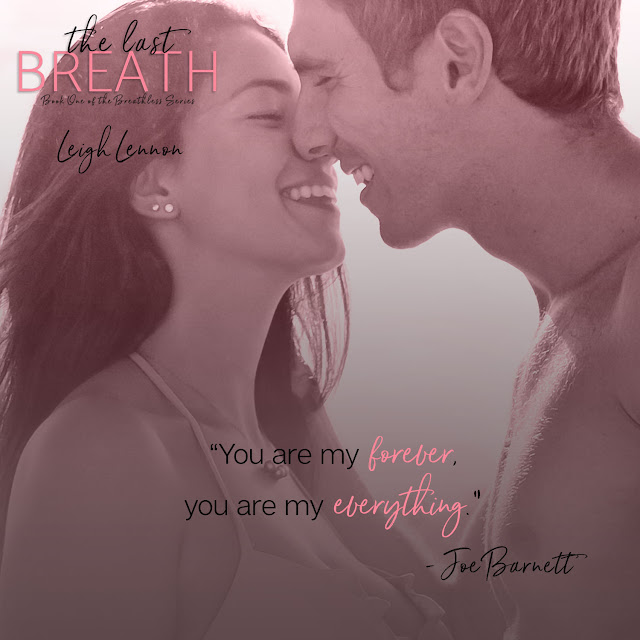 Leigh Lennon is mother, veteran and a wife of a cancer survivor. Originally with a degree in education, she started writing as an outlet that has led a deep passion as she wrote twelve books. Now ready to publish all of them, she lugs her computer with her as she crafts her next story. She can be found drinking coffee or wine, depending on the time of the day. 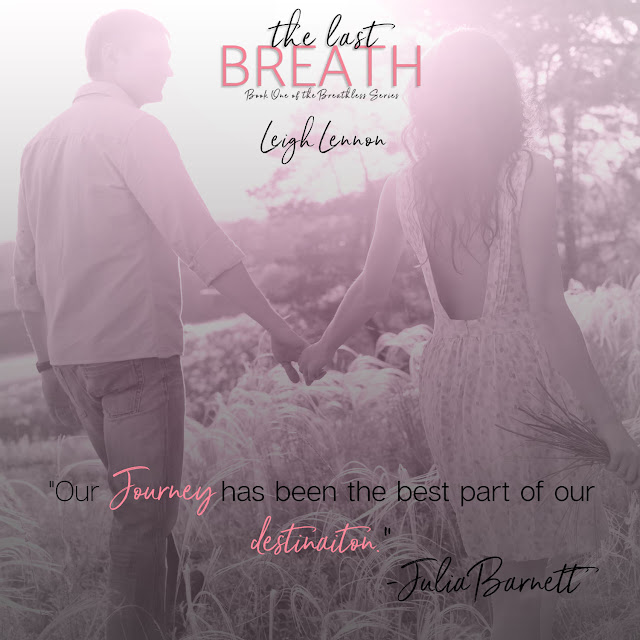