🎉 Refuge is Live! 🎉
Refuge (Riot MC) by Emily Minton & Shelley Springfield is LIVE!
Grab your copy on Amazon or read it FREE with your Kindle Unlimited subscription! 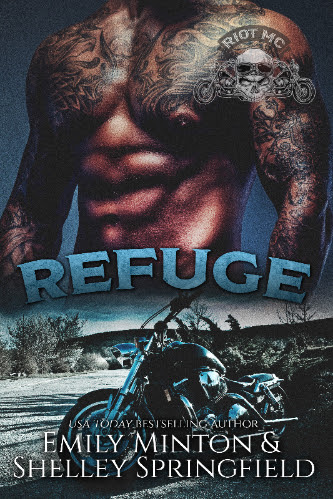 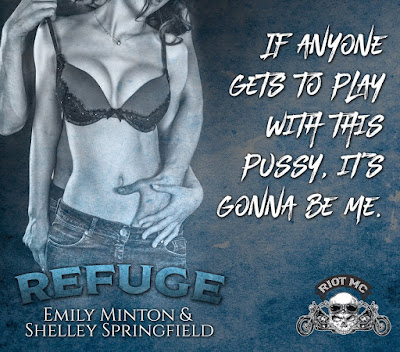 Veronica Cash is in trouble, the kind that could leave her dead. Knowing she has no choice but to ask for help, she finds herself turning to her father’s motorcycle club for protection. She ends up depending on one of his brothers to keep her alive. Now, she is in a different kind of danger, the kind that could leave her with a broken heart. Can a biker club be the safe haven she needs? 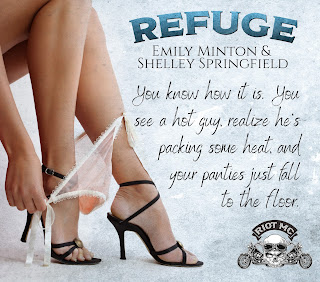 Van Scott has always thought he would do anything for his club, but he never guessed that would involve the President’s daughter living in his house. He definitely wasn’t expecting to be so intrigued by her or want her in his bed so damn bad. Now, he has to figure out a way to protect her without giving in to temptation. Will he be the refuge she seeks? 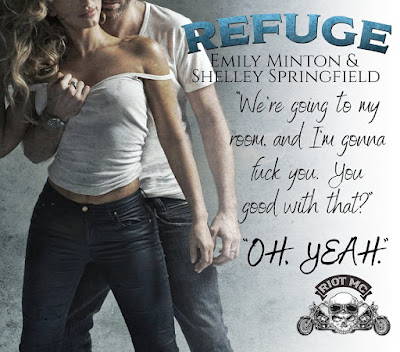