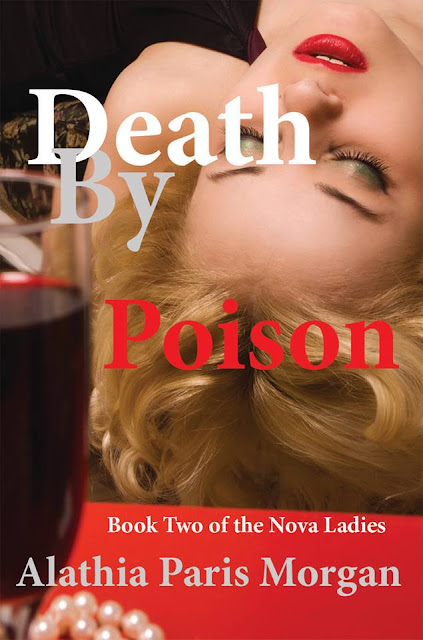 After surviving an abusive husband, Megan Butts wants nothing more than a fresh start with her daughter Sally. She’s grateful for their home at the ranch, pitching in whenever she’s not working on her new Nova business. When she offers to clean out a cabin on the property, she uncovers more than she bargained for in a stack of old diaries.

Her tentative relationship with Mark Greenley takes a nosedive when Megan starts to investigate his mother’s death by supposed suicide, uncovering a trail of hidden money and blackmail twenty-five years in the making. Mark doesn’t want to dredge up the past, but Megan is determined to dig deeper, despite her overwhelming urge to give into her inclinations to obey men, a lesson her ex tried to beat into her. When the mystery starts to endanger not only her life, but the life of her daughter, Megan must decide if her new love and life are worth the pursuit of justice.

This suspense/thriller will keep everyone on the edge of their seats with the second book in the Nova Ladies series: Death by Poison

Needing to rest, Megan realized that she had half an hour before the school bus would bring Sally home. She decided to take a break from cleaning the cabin before her job and role as mommy started. She poured herself a glass of tea and went out to sit on the porch swing.

Enjoying the brief rest during the hot August day, Megan quickly drank her tea and went back inside for a refill. Trying to relax into her new life hadn’t been too difficult. Being with Sally made every moment worth all the trouble that her ex-husband, Mike, had ever put her through.

Sitting back on the swing, Megan had trouble relaxing in the stifling 102-degree heat. Gulping down her iced tea, she was hoping it would cool her down, but it wasn’t working the way she’d expected.

Feeling that something was wrong, Megan picked up her phone to dial GG, but she had trouble focusing on the screen. Turning to put the glass down on the table next to the swing, she turned too fast, losing her balance. The glass dropped to the table, hitting the edge and tumbling to the floor where it shattered. Megan tried to stop the swing from moving by putting her hand on the wall, which pushed the swing again, overcompensating as she fell to the floor. Her phone flew from her hand, across the porch and out of reach.

Megan didn’t know who was trying to kill her now, but was glad that Sally wasn’t home to see this happen to her. The fact that she’d been receiving notes all summer had made her cautious, but she hadn’t planned to die because of them.

Thankful that she and Sally had a family that accepted them just as they were was wonderful. They could take care of Sally since what was happening to her right now seemed to be serious. Megan slipped into unconsciousness, her last thoughts of her daughter. 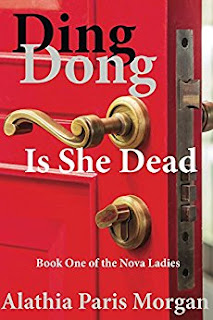 After witnessing a Mob murder in NYC, Allie Foster is placed in the witness protection program. Starting a new life in Texas is hard enough—but finding a front door hanging on its hinges while delivering Nova beauty products makes it even more difficult. A grisly trail of blood leads her to a terrifying discover… a body. After a heart-stopping moment of fear, Allie realizes her friend is still alive, although badly beaten. When she rushes Megan to the hospital, it puts Allie right back where she doesn’t need to be—embroiled in yet another mystery.

Allie offers to help her friend protect her daughter, even as a second attempt on Megan’s life reveals her husband will stop at nothing to prove he’s above the law. When it fails again, Megan’s abuser decides to take his anger out on Allie instead. With the help of a handsome stranger, Allie escapes, but now both women are in danger. Justin Greenley, the gallant protector, offers them a safe haven until the would-be murderer is caught. His family’s ranch seems the idyllic choice, but Allie isn’t sure if she should trust Justin with her life… even if her heart tells her she should.

Curl up with this cozy mystery/thriller and start an adventure with the first in the Nova Ladies series: Ding-Dong—Is She Dead?

Alathia is known to those around her for having an a long time love affair/obsession with Dr.Pepper, she has asked to be buried with a can so that it never runs out in the after life. Always bossy, she uses her mothering instincts to help others and share awareness of abuse in child and domestic situations.

A B.S. in History and English gave wings to her vivid imagination in book form. A supportive and loving husband has given her the chance to make her dreams a reality. Their three daughters and three dogs keep her busy while writing is a great way for her to wind down and destress.