My Review of Wildwood by Jadie Jones 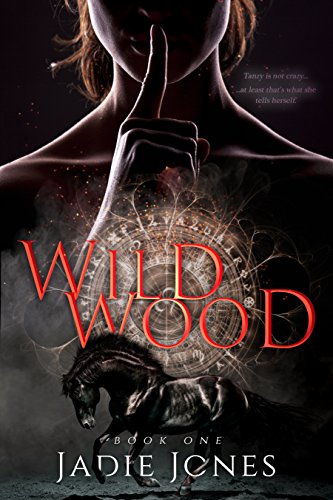 
About book
Tanzy Hightower is not crazy. At least, that’s what she tells herself. Crazy looks more like her mother, who studies each sunrise with the same fascination other women give tabloid magazines in the grocery store checkout line. Crazy sounds like the woman on the radio claiming there’s a whole separate world existing parallel to our own. Still, Tanzy can’t deny the tingle of recognition she feels each time she sees her mother standing at the kitchen window, or hears the panic in the woman’s voice coming through the speakers of her father’s truck.

Tanzy intends to follow her father’s footsteps into the professional horse world. But the moment she watches him die on the back of a horse in an accident she feels responsible for, everything changes.

On the first anniversary of his death, a fight with her mother drives her back to her father’s farm in the middle of a stormy night. Neither Tanzy nor life as she knows it escapes unchanged when she is struck by lightning and introduced to a world... unseen, and receives proof her father’s death was no accident.

Two strangers seem too willing to help her navigate her new reality: Vanessa Andrews, a psychiatrist who believes lightning chooses who it strikes, and Lucas, a quiet, scarred stable hand with timing that borders on either perfect or suspect. But Tanzy has secrets of her own. Desperate for answers and revenge, Tanzy must put her faith in their hands as her past comes calling, and her father’s killer closes in.

This is my very first book by Jadie Jones all I've to say is once you get started with this well written story you won't want to put it down. Tanzy is a very strong character in her own right. Her love for horses is uncanny as is her love for her parents. She must learn the truth before everything changes in her world.
I would recommend this story to anyone who believes in magic and horses. I have not read anything close to this story so there is nothing to compare it with. Just have an open mind to anything happening and you will be surprised as I was. 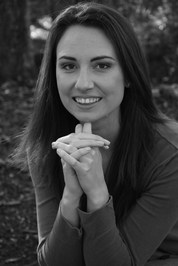 I wrote my first book in seventh grade, filling one hundred and four pages of a black and white Mead notebook. Back then I lived for two things: horses and R.L. Stine books. Fast forward nearly twenty years, and I work with horses and hoard books like most women my age collect shoes. Its amazing how much changes... and how much stays the same.

The dream of publishing a novel has hitch-hiked with me down every other path I've taken (and there have been many.) Waitress, farm manager, road manager, bank teller, speech writer, retail, and more. But that need - the call from within to bring pen to paper - refused to quiet. Finally, in 2009, I sat down, pulled out a brand new notebook, and once again let the pictures in my head become words on paper.

​Then I got married. Moved. Life sped up the way that it does, claiming each day faster than the last. I became a mother, and my manuscript reverted to something I would do one day. Thankfully, babies take naps, and there's only so much daytime television a person can stomach. And Tanzy, that main character of mine, was shouting at me from my office: "Hellooo? We aren't done yet, Jadie." So I pulled her out. I read our story. I tore it to pieces. And then I put it back together again.

​As a child, my grandfather would sit me in his lap and weave tales about the Cherokee nation, and a girl who belonged with horses. His words painted a whole new world, and my mind would take flight. My hope - my dream - is that Tanzy's journey does the same for you.

​Confession time: Jadie Jones is not my name. It's a pen name I created to honor two fantastic women who didn't get the chance to live out their professional dreams. First, my grandmother - a mother of four during post World War II America, who wanted to be a journalist so bad that even now when she talks about it, her blue eyes mist and she lifts her chin in silent speculation. And second, a dear friend's mother who left this world entirely too soon. To Judy Dawn and Shirley Jones, Jadie Jones is for you. It's been a pleasure getting to know her.

p.s. Like the way I ramble? Be sure to visit my blog