Science Fiction in traditional literary terms is a literary or cinematic genre in which fantasy, typically based on speculative scientific discoveries or developments,environmental changes, space travel, or life on other planets,forms part of the plot or background.

Please enjoy these books that focus on sci-fi and all its sub-genres. The list is available in alphabetically order by title. 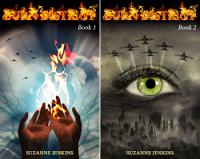 What do you do when the world as you know it ends? Run! A perfect life slides into despair when a trusting neighbor whispers a warning, and Mike and Laura Davis’s world crumbles. Dreams and goals come to an abrupt end, but a new existence waits in the future. Survival depends on the ingenuity of family and friends. First, they must hide in a safe place.

Are you sick of US politics? Afraid of what will become of America because your chosen candidate didn’t prevail? Do you believe the world is doomed now that King Donald has claimed the Oval Office throne?

Refresh your spirit and allay your fears by laughing along with what Mark Twain might have written about today’s political falderal.

Morgan le Fay, sixth-century Queen of Gore and the only major character not killed off by Mark Twain in A Connecticut Yankee in King Arthur’s Court, vows revenge upon the Yankee Hank Morgan. She casts a spell to take her to 1879 Connecticut so she may waylay Sir Boss before he can travel back in time to destroy her world. But the spell misses by 300 miles and 200 years, landing her in the Washington, DC, of 2079, replete with flying limousines, hovering office buildings, virtual-reality television, and sundry other technological marvels.

Whatever is a time-displaced queen of magic and minions to do? Why, rebuild her kingdom, of course—two kingdoms, in fact: as Campaign Boss for the reelection of American President Malory Beckham Hinton, and as owner of the London Knights world-champion baseball franchise.

Written as though by the old master himself, King Arthur’s Sister in Washington’s Court by Mark Twain as channeled by Kim Iverson Headlee offers laughs, love, and a candid look at American society, popular culture, politics, baseball… and the human heart. 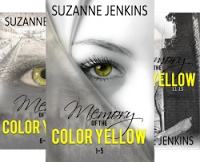 Memory of the Color Yellow by Suzanne Jenkins
Sci-Fi

In a world ruled with military precision, a misspoken word has the power to generate enough rage to turn life upside down in the story of a post apocalyptic world on the brink. Steve Manos and his family live in Europe Town, a segregated area where people of European descent live in the Coalition; formerly the United States. The necessities of life are minimally met by the government and everyone works for the good of the leadership. Life for the people is almost intolerable, but that is when change happens.

Only the Dead Don't Die by A.D. Popovich
Sci-Fi/Dystopian/Horror

Scarlett Lewis doesn’t realize the United States is succumbing to a horrific pandemic. Until Scarlett begins to notice the bizarre events occurring around her . . . Travel with Scarlett on her perilous journey as she discovers the dark fate of the human race. Along the way, she meets other survivors who may not have her best interests at heart. With hope as her last weapon of defense, Scarlett must learn how to survive in this creeper-infested world without sacrificing her own humanity.

Carla Simon is a best-selling novelist besieged by death threats and lawsuits because her stories keep turning out to be true. She is considered an extraordinary researcher, uncovering facts unknown by field experts.

In a single month, Alisha Kane has gone from a wealthy debutante to street girl to scavenger. While testing her new flying skills in the Cully Canyon, Alisha incurs a near-death crash landing. She’s “rescued” by a colonel of the SkyRyders and her life changes forever.