Salvaging His Soul by Samantha A.Cole 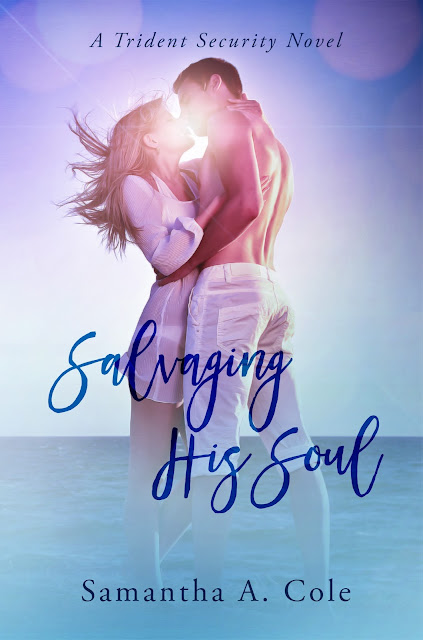 Salvaging His Soul by Samantha A.Cole
Cover Reveal and Teasers

***Pre-orders and first week orders will receive a bonus short story about a fan-favorite couple!

Think you know everything about the Sexy Six-Pack? Think again! This is the story fans will never see coming! Jaws will drop and hearts will pound because everything is not as it seems! Jase Atwood is a man with a forgotten past and an unsure future. Living on the island of Caicos, he spends his time sitting in a bar drinking, scuba diving for sunken treasure, and working as a mercenary of sorts. Some referrals are by word of mouth, while others come from the United States—Tampa, Florida, to be precise. Trident Security is a private, special ops company that occasionally uses the ex-pat for missions in South or Central America or the Caribbean, since returning to the US would be far too dangerous for him.

Brie Hanson has lived on Caicos since she was ten. After her father’s death, she took over Daddy-O's, his bar/restaurant popular with tourists and locals alike. Her three-month relationship with Jase has been just for sex—no dates, no getting involved in each other’s lives, and no letting their emotions rise to the surface. However, when her sister disappears, Brie's lover steps in to help find the missing woman. But unbeknownst to either of them, Jase’s past and present are about to collide. Will it destroy their future?

Some fun that goes a long with the book!