The Makeover by Monica Garry-Allen 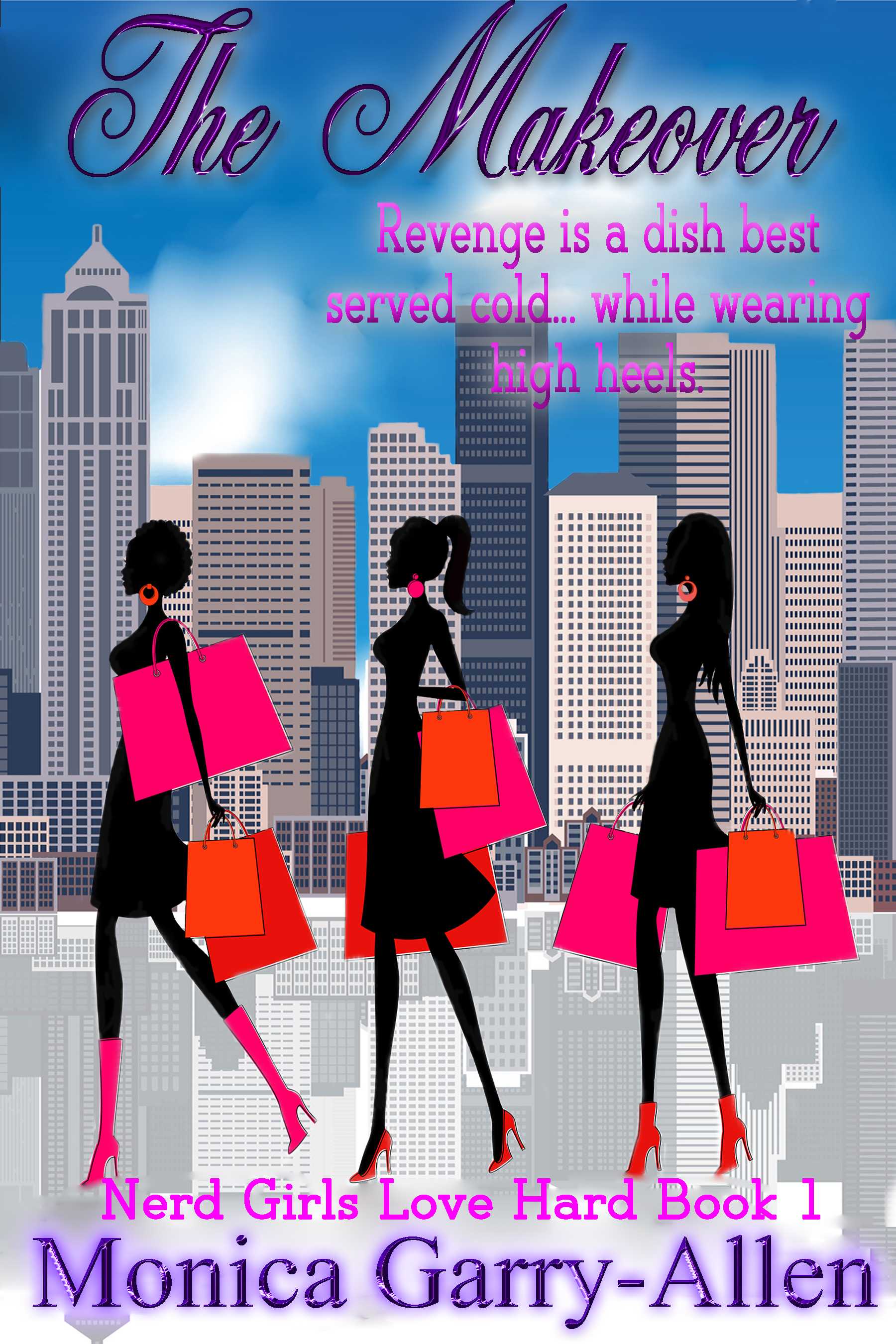 Revenge is a dish best served cold… while wearing heels.

April has just learned the real reason behind her boss’ impromptu dinner invitation. He only invited her to dinner with his colleagues to prove a point: that he can show up at an event with a plain Jane and still be considered ‘the man’. She expected better from him and had secretly hoped that one day their friendship would grow into something deeper. Now she knows she will always just be his 'nerdy secretary' to him.

But her two best friends won’t let her wallow in her pain. They convince her to give Dr. Stewart a dose of his own medicine. The plan: show up at the dinner looking irresistible and prove to her boss that even nerd girls can be sexy. But first she has to replace her unattractive business suits with something sexier and more revealing. It’s time for a makeover.

Dr. Chad Stewart would never ‘really’ date his secretary. She was too good, to pure for someone as jaded as himself. It didn’t matter that he was half in love with her. But when he needed an ‘average date’ for a dinner party she was the first person he turned to. He thought his secretary was the perfect choice until he arrived to find her looking like his wildest fantasy. But now she knows the real reason for his invite and he can see in her eyes how hurt she is.

Can Chad convince her to forgive him for hurting her or will she walk out of his life… taking his heart with her?

“That’s right. Your plan was to use me to advance yourself.”

“That was my plan. I admit it. I was wrong. What can I do to make you forgive me?”

He sounded sincere. The fact that his eyes seemed to be watering as he stared at her longingly confirmed the sincerity she heard in his voice. But she wouldn’t fall for it. She wouldn’t let him in, only to be hurt by him again in the future.

“If you really want to go home, I will take you home. Just please answer one question for me?’

She didn’t want to answer any questions, but if it would get her home sooner she would.

“What is the question?”

“When I touch you, do you feel anything?”

Where had that question come from?

“I’m not finished. When we sip coffee together each morning, do you ever get the feeling that maybe we’re meant to be together? I know it sounds crazy, but even tonight, with everything that is going on, does a part of you feel the need to hold me and never let me go?”

Yes, yes, yes, that was exactly how she felt. How did he know? A sob escaped her lips. She put her hands over her face. She didn’t want to look at him. She didn’t want to hope that maybe he really felt those things he’d just said. Hope led to disappointment and she’d had enough disappointment in her life already. She couldn’t risk placing her hope in Chad. He’d already let her down once.

The sound of gravel crunching let her know he was taking a step closer to her. She took a step back, suddenly very aware of his presence. Sobbing into her hands, afraid to look up, she continued to walk backward and he continued to follow her.

Her back connected with something hard. She leaned back and felt the rough touch of tree bark against her exposed shoulders. Chad wrapped one arm around her waist and pulled her forward. His hand settled at the small of her back. He used his other hand to massage her shoulders. The feel of his hands on her bare skin made her tremble. Why did she want him so much?

“I messed up, April. If you give me another chance, I promise to never do anything like this again. Forgive me, please.”

Monica Garry-Allen has loved reading for as long as she can remember. As a child her mother always purchased books for her at her school’s book fair. Back then her favorite book was The Little Mermaid. Now days she reads and tells stories to her nieces and nephews during her weekend sleepovers.

Monica is a full time Travel Clinical Laboratory Technician. When she is not working in the lab she’s writing humorous love stories and steamy romances. She recently married the man of her dreams, Dempsey Allen, who motivates her to be the best writer she can be. She has a loving family who supports her one hundred percent and friends who can’t wait to read her next story. She resides in the southern part of Mississippi where she enjoys shopping, reading, writing and spending time with her family.

This event has been organized by