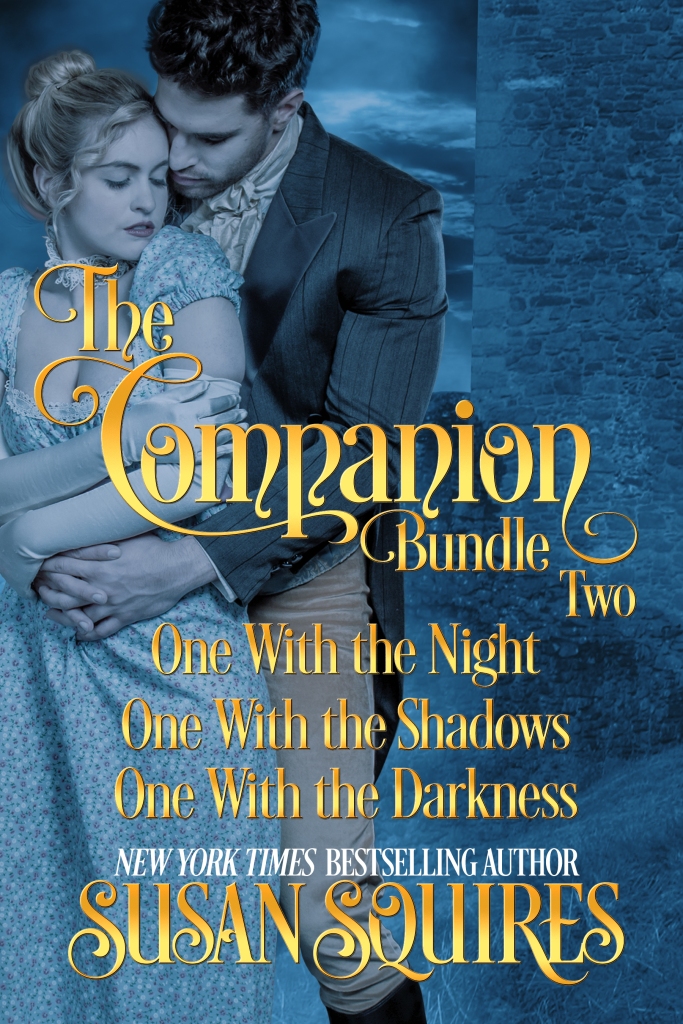 ONE WITH THE NIGHT

Far from the glittering lights and shallow bustle of 1822 London lies another world—a realm of shadows and secrets, where desire holds dominion and passion know no limits…
Jane Blundell’s keen intellect and wit have always set her apart from her marriage-minded peers. But such differences are nothing compared to the change that comes upon her when she is infected by a blood sample in her father’s laboratory. Suddenly her veins resonate with a terrifying, exhilarating power. Dr. Blundell takes Jane to the Scottish highlands to research a cure, where she collides with the only man who can understand her hunger—and slake her unending desire…
Callan Kilkenny has returned to England from Marrakech, still filled with self-loathing at the deeds he committed in the name of a beautiful, depraved vampire. Now that he has tracked down Dr. Blundell in hopes of a cure, he has also found a kindred spirit in Jane. Her passion and her blood call to Callan, fueling a carnal need that shocks them both with its intensity. But others have come in search of the cure too…for reasons that are deadly. And to save Jane and the rest of their kind, Callan must risk everything—even his last chance at redemption…
“When it comes to combining extreme sensuality with dangerous drama, no one does it better than Squires.” --Romantic Times BOOKreviews
ONE WITH THE SHADOWS

Kate Malone makes her living reading Tarot cards and fleecing society’s elite. With no prospect of independence, her own fate looks bleak. But Kate’s fortunes change when she steals a magnificent emerald—and is confronted by a mysterious stranger. Kate is sure the striking gentleman’s attention is a ruse to retrieve the gem. But his presence awakens her to a passion she never dreamed of… and to powers she never knew she possessed.
Gian Urbano is bound by honor to retrieve the mystical stone that can drain a vampire’s power—and drive them to madness. The willful, stunning Kate has no idea of the emerald’s dark magic, or the lengths Gian’s enemies will go to possess it. But soon Gian discovers for Kate a desire more compelling than duty—one that could save them both or lead them to their downfall…
Full of colorful characters, romantic locales and vivid details of 1820’s life [One with the Shadows] has a delicious pace and plenty of thrills, and her vampire myths is both mannered—almost Victorian—and intriguingly offbeat. Bound to net a wide audience of paranormal fans, this one may even convert devotees of traditional historical.” —Publisher’s Weekly (A Best Book of the Year)
ONE WITH THE DARKNESS

Contessa Donnatella di Poliziano has power, beauty, and—as a vampire—eternal life. Her overwhelming regret is a mistake she made centuries ago when she chose not to transform her one true love, Jergan, into a vampire too. Donnatella’s choice has deprived her of the only true love she’s ever known. But just as all seems lost, the discovery of a 300-year-old note leads her to a gift left by her old friend, Leonardo da Vinci: a machine to take her back in time to rewrite the history of her heart…
Once back in time, Donnatella’s memory of the intervening years is lost. Yet when she sees the breathtaking barbarian slave, Jergan, from afar, she feels like she has always known him. The instant attraction she feels draws them together. For Donnatella, the romance is tantalizing, awakening a passion that feels both old and new. But as the two fall in love again, a new danger threatens to tear them apart. Now Jergan’s love for Donnatella will be tested in a most perilous way—and if he fails, the two lovers will be separated again…for eternity.

Susan Squires is a New York Times bestselling author known for breaking the rules of romance writing. Whatever her time period, or subject, some element of the paranormal always creeps in. She has won multiple contests for published novels and reviewer's choice awards. Publisher's Weekly named Body Electric one of the most influential mass market books of 2003 and One with the Shadows, the fifth in her vampire Companion Series, a Best book of 2007. Time for Eternity, the first in the DaVinci time travel series, received a starred review from Publisher's Weekly.
Susan has a Masters in English literature from UCLA and once toiled as an executive for a Fortune 500 company. Now she lives at the beach in Southern California with her husband, Harry, a writer of supernatural thrillers, and three very active Belgian Sheepdogs, who like to help her write by putting their chins on the keyboarddddddddddddddddddddddd.