Book #1 in the Bad Boyfriends Series
Kane leads a double life. By day, he pumps iron, running a fitness center, where jocks and Cougar flock for the burn and the ’tude. By night, it's something else entirely that gets pumped, as Kane swaps sweats for Armani to cater to an exclusive clientele, willing to pay well to indulge their special interests and tastes. His double life isn’t a problem until his conniving ex tightens the financial screws.
Finding and retaining suitable companions for his after-dark clients isn’t easy. David Black’s pole dancing performance at a friend's club hints that he might hit all the bullet points on Kane’s list of requirements, in a way that could mean something other than “just business.”
David is out of work and out of options, so when he’s offered the choice of starvation or performing both on and off the stage, it’s a no-brainer. Kane’s offer of a position with the escort service is as attractive as the man himself, and David agrees to a trial period involving certain conditions. He quickly finds that he’s out of his depth.
Confronted with unanticipated roadblocks, one thing is clear… neither man is taking no for an answer. 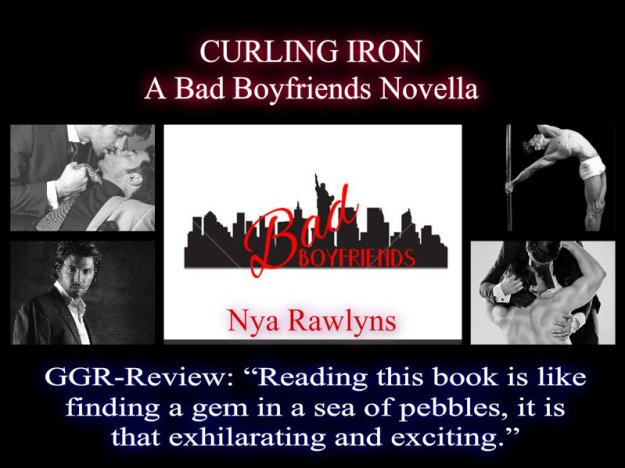 After an especially raunchy pole dance performance, David heads to his dressing room for the lucrative meet ’n greets, only this time it’s just one guy. David suspects he’s a cop…
Clearing my throat, I plastered polite on my face, and asked, “You wanted to see me?” He wasn’t a customer. No point in pretending otherwise.
He turned.
I swallowed. My tongue thickened. Spit pooled in my mouth, threatening to drizzle down my chin.
He nodded. I nodded. I went to sit in the folding chair in front of the desk.
“Don’t.”
I didn’t.
The soft cashmere turtleneck was a dead giveaway. This was my too smexy for his shoes guy from the audience, the one sitting next to the stage, the one I’d copped a feel with my eyes at the end of the routine… That one. There. Giving me a once, twice, thrice-over.
The pouch bulged.
A grin played at the corners of his mouth. I hoped he had handcuffs. I really hoped he liked doing bad cop.
He held out a hand, said, “I’m Kane.”
We shook. I shook, mostly inside, but it was a close call. I had the presence of mind to ask, “May I see some identification?”
He looked surprised, but fished in an interior pocket and pulled out a small, flat metal holder. He withdrew a business card and handed it over.
I stared, not exactly processing much…
BAD BOYFRIENDS 1-800-bad-boys
While I mouthed Bad Boyfriends, he said, “I have a proposal for you, Mr.—”
“Black. David Black.”

Writer, editor and hopeless romantic.
Nya Rawlyns has lived on a sailboat on the Chesapeake Bay, ridden more than 1000 miles in trail competitions on horseback, and been owned by two Newfoundlands. She is staff for a herd of cats and a herd of horses. She never met a potato chip she didn't like and she lifts weights - which is probably fortuitous as she really likes potato chips. But mostly she loves happy endings, even when she has to make them up.